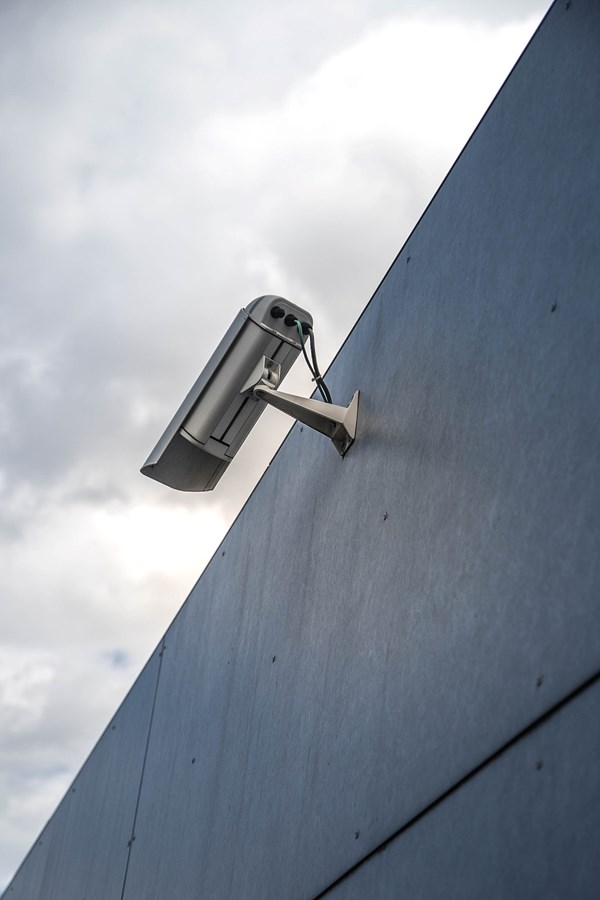 Eric Stoddart, author of The Common Gaze, on why surveillance should be on Christians’ radar.

Everyday life is saturated with surveillance. The daily charts of COVID-19 cases and deaths come from health surveillance data gathered around the world. This data is vital to tackling the global pandemic, just as is medical data concerning diseases of all sorts. Our online shopping and adverts pushing products onto our screen rely on surveillance of our consumer behaviour. Policing depends on facial recognition systems and criminal justice agencies use data analysis software to enhance their work with repeat offenders. Teachers, social workers, managers are all involved in gathering data for complex processing in order to tailor their responses to individuals in their organisation.

Surveillance shapes how we think of ourselves and other people. Drivers moderate their speed when they spot automatic plate number recognition cameras. CCTV images replayed over and over again on news programmes can mean viewers over-estimate the prevalence of violent crime. Sharing their running regimes with fellow users of wearable technology spurs some amateur athletes to better performance. Social media feeds, driven by algorithms that respond to our reading patterns, offer us perspectives on the world from beyond those of professional journalism.

Surveillance can reinforce existing discrimination. ‘Driving while black’ or ‘flying while brown’ are phrases encapsulating the experiences of people of minority ethnic groups who encounter prejudicial scrutiny that is extended by surveillance security and policing systems. People claiming welfare payments find themselves under an intense and intrusive gaze that more financially privileged citizens rarely encounter.

Surveillance can uncover discrimination. Data about recruitment to universities, the police, and other public institutions can be valuable in exposing ethnic discrimination in policies and procedures. Video images captured by a by-stander can be crucial evidence of racial prejudice, especially when clips go viral on social media. Data analysis of facial recognition technologies can uncover biases within the artificial intelligence systems; surveillance of surveillance can strengthen the arm of advocates for social justice.

God has a preferential optic for those who are poor. Liberation theologians have advanced practice that reflects God’s preferential option to those who are poor. This paradigm has implications for how surveillance is developed, deployed, regulated and justified. By asking not simply what surveillance is for, but who is it for, we can put those people who are most disadvantaged by surveillance at the front of the queue for ethical consideration. The privacy concerns of consumers are important but, there is a need to triage critical discussion of surveillance. This means asking about the effects of particular technologies upon those who have the least political, economic, or digital capital.

Artificial Intelligence (AI) can be idolatrous. Some justifications for surveillance rely on faith in AI as intrinsically better than human intelligence. Contrary to a transhumanist claim that life is algorithm, Christian theologians argue that life is more than algorithm. Intelligence is inextricably related to responsibility, salvation and love. Artificial Responsibility, Artificial Salvation, or Artificial Love are not possible without sacrificing much of what Christians believe to be crucial aspects of what it means to be human. Extravagant claims by transhumanists that humans will have to stand aside in favour of our future AI masters have to be resisted here and now before these become self-fulfilling prophecies.

Surveillance capitalism is subject to God’s judgement. Others making profit from individuals’ digital emissions is a well-trodden, but often unnoticed, path. Global technology corporations are ambitious to monetize the data left in our digital footprints. As a way of thinking, advanced capitalism makes economic value the sole value. Such an ideology is carried by digital colonial power as the empires of Silicon Valley infiltrate every aspect of life they can possibly reach. The Book of Revelation is an economic critique of empire and its ideology. John’s vision knew nothing about digital technology – he was not prophesying RFID chips embedded under people’s skin – but recognised the dangers of idolatrous empire and the costs of refusing to surrender.

Our understanding of God’s gaze needs revisiting. Thinking theologically about the technologized gaze of 21st century surveillance requires asking questions about what Christians mean in commonplace phrases such as ‘God is watching us’ or ‘God is watching over us.’ What does it mean to ‘watch out for one another’? Watching, monitoring, gazing, observing, and surveilling all have different shades of meaning. Some meanings are more domineering than others. It is important to ponder circumstances in which God’s gaze fails; when brutality by humans towards others goes unprevented and victims are crushed mortally, but others survive to live life broken, and unrepaired by God’s watching eye.

Eric Stoddart teaches practical theology at the University of St Andrews where is also an Associate Director of its Centre for the Study of Religion and Politics. Eric is one of the two founding co-ordinators of the Surveillance and Religion Research Network.

In the autumn of 2021 he again teaches a module on ‘Surveillance, Theology, and the Bible’ within the School of Divinity’s part-time distance learning postgraduate programme, Bible and the Contemporary World.

The Common Gaze: Surveillance and the Common Good is available now via our website.