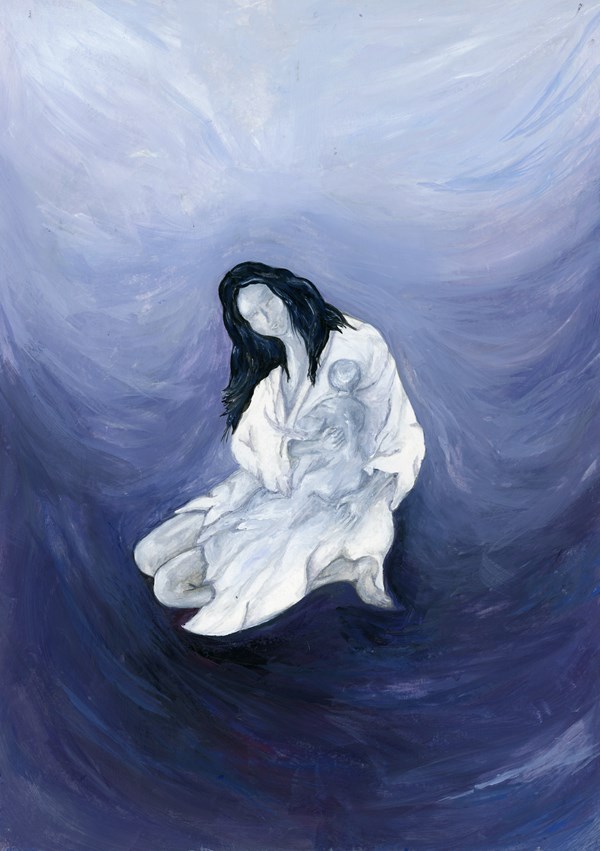 In her new book, Eilidh Campbell reflects theologically on her role as mother to her autistic son, Micah, and considers whether theology offers an adequate language for understanding the experience. Here's an extract from the introduction:

After a long and arduous pregnancy, I remember his first months seeming effortless. We existed in a blissful bubble. Placid but inquisitive, he fed well, slept well, laughed and cuddled. He was affectionate, but not needy. I was naively smug in my ability to mother this tiny human. We knew each other intuitively, him and I. Two halves of a whole. But as his first birthday neared… our symbiosis began to fragment; dissolving slowly, but insidiously.

By 8 months old, my once peaceful baby had become habitually disconsolate. His cries were impossible to predict and even more impossible to soothe. Something had shifted with him and I. Imperceptible, yet pivotal. A gnawing unease had begun to form in my belly. The intuitive ease with which I had always been able to anticipate his needs had evaporated, seemingly overnight, and I was paralysed by my inability to understand him. Something was wrong.

It felt like weeks since he had slept. Those days had turned into nights, nights in which day light was simply replaced by the glow of the alarm clock, the minutes and hours ticking by almost mockingly. Those nights his cries, seemingly without purpose or interruption, would seem to last an eternity. I nursed. I held. I sang. I paced. One particular night marked the end of a week so long I could no longer do anything but sit on the bed and rock, trying futilely to guide my screaming child to a breast he did not want. By the time morning came, the soft light flickering through the curtains, I too was weeping. ‘Please stop’, I murmured, over and over, a record scratched and jumping, constantly repeating; a desperate nursery rhyme which calmed neither he nor I.

My mother joyfully threw open the bedroom door, brandishing a huge balloon and a bouquet of flowers. ‘It’s Mother’s Day!’ she exclaimed. I had forgotten. Of course I had, the night had lasted weeks. The realisation that I had welcomed my first Mother’s Day broken and weeping, and that I had not been the one to first waken the wonderful creature before me with the flowers and excitement which she greeted me, wrought fresh sobs from my chest. My mother’s smile faltered as she took in the scene before her. Wordlessly, she took the baby from my arms. ‘It’s…he’s…and I…I can’t,’ I wheezed between sobs, staring down at the now empty space in my arms. With my baby deftly tucked under one arm, my mother turned her attention to her baby, now grown. Gently, she eased me back into bed.

A few tentative weeks after my son was born, I brought him to my mother’s church so that she may proudly display him to her friends. Her minister, who had known us since I was the same tiny bundle wrapped in blankets, inquired as to his name. “Micah”, I shared.

He laughed, deep, and knowingly. “’The Warrior Prophet’”, he said. “Well. You’ve set yourself up for a challenge there.” How right he was.

My son was diagnosed with autism aged 6. The years prior to this were filled with confusion, frustration, fear and guilt. My beautiful, sweet natured child would seem to disappear without warning, leaving behind a furious, terrifying stranger, whose actions and motives were inexplicable even to him. While we have always travelled hand in hand, just him and I, the road has been far from smooth. Practical theologians John Swinton and Harriet Mowat suggest that ‘the questions that emerge in the light of the human experience of God are often different from those which emerge from the solitude of the academic’s office’ (2006, 7). This particular work has emerged from a period of both light and dark, from bewilderment and uncertainty, from anguish and joy.

It has now been 6 years since his diagnosis. While we have journeyed a long way from the dark and bewildering days of pre-diagnosis; that road has been paved with tumultuous, twisting and circuitous emotions. As a theologian, who became a mother of a child with autism, I attempted to locate my maternal experience within the theologies available to me. Surely, I considered, I would find myself somewhere on these pages? Surely, I would stumble across our pain, our joy, our fury or our triumph on a shelf somewhere, and be able to apply some meaning or understanding to our experience? Yet this was not to be the case.

Despite increasing research confirming that autism, peculiarly and significantly, has been found to impact maternal well-being and mental health more profoundly than other developmental conditions (Estes et al 2009, 376; Giallo et al 2011, 466; Zhang et al 2015, 29), very little attention has been given as to how autism affects mothers; what challenges autism presents in everyday life, how these challenges meaningfully and substantially change the lived experience of motherhood, and how this really feels for the women who are living it.

In the course of this journey, I was approached by a friend and educator who inquired whether I would be willing to facilitate what she, quite aptly, called ‘A Meet and Greet ’ for other mothers of children with additional support needs. In supporting these families, this wonderful woman saw that the network of support available to them was insufficient in attending to what they really needed. These women did not need to be taught more about autism, or how to parent their autistic child. Parents of children on the spectrum learn very quickly to be experts not only in autism but in their own spectrum children, becoming their advocates and champions (Nicholas et al 2016, 926).

However, the emotional responses which can be seen to accompany the myriad of challenges faced in mothering a child with a lifelong developmental condition such as autism are often complicated and conflicting. The struggles of parents whose children are on the autism spectrum are thus often carefully and skilfully hidden. What my friend had identified, and what I myself had been becoming aware of, was that mothers had no space to speak of such challenges. They were silenced, often ashamed, in their struggle; caught between love for their children, and utter exhaustion. To express grief or disappointment in our mothering situation can feel often feel like a denial of our child. There is a gnawing fear underlying such disclosures; the fear that others may think we do not love our children enough if we admit to such emotions. The stigma associated with confessing such complicated feelings is profoundly prohibitive, and so the world of an autism mother can be a lonely, silent place.

In reflecting upon this silenced struggle, theirs and mine, I considered that perhaps one of the most challenging aspects of the parental experience of autism is that it is often hidden; it is marginalised socially, academically, and theologically. This occlusion is perhaps in part a consequence of the fact that autism remains resistant to any singular disciplinary home; contention remains as to whether autism can be defined as a disability, as a psychological condition, or indeed as merely a point on the “spectrum” of human neurodiversity. This volume intends not to unravel, but rather to illuminate this ambiguity, exploring the ways in which autism can be seen to be both shaped by, and yet resistant to, social and theological constructions of disability.

Dr Eilidh Campbell is a feminist practical theologian whose research centres around trauma and suffering, and disability and mental health. She is mother to a son, Micah.