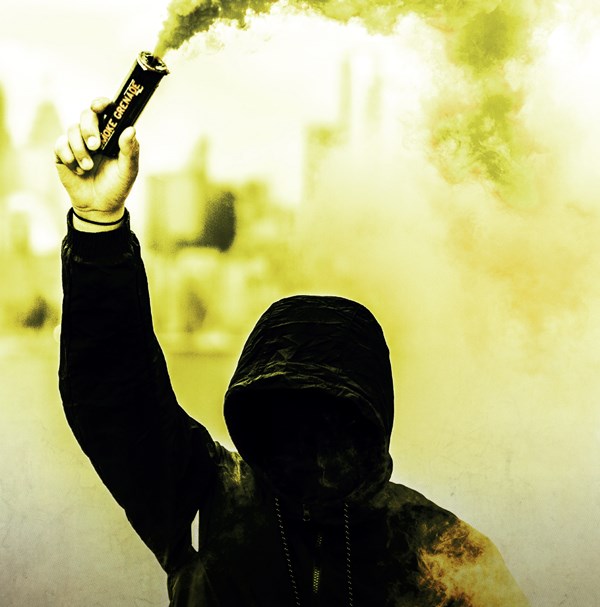 The Claim to Christianity: Responding to the Far Right

#BlackLivesMatter protests have swept across the Atlantic after George Floyd was killed by police officers in the US. In the UK, the toppling of the statue of the slave trader, Edward Colston, has become a symbol for these protests. In the debates about the after-lives of colonialism that the protests have re-kindled, conflicting views of national identity clash with each other. Amidst this clash, far-right protesters have taken to the streets. Calls to protect our history, our heritage, and our home, are rife in far-right rhetoric. They aren’t new. Often these calls mean little more than that there’s no place here for anyone who doesn’t fit whatever criteria for national identity we come up with. If you scratch the surface a little, the far right shows its racist face.

We wrote The Claim to Christianity: Responding to the Far Right before George Floyd was killed. Our book takes up the issue of racism by focusing on Islamophobia. Many have by now pointed out that Islamophobia is racist, even if its focus is on culture rather than colour. A clash of cultures is constructed by the far right: Christianity against Islam, Islam against Christianity. Of course, there are crucial differences between colour-coded and culture-coded racisms. But what is common to them is the demonization, the discrimination, and the decimation of those who are deemed “other”. Before he became the UK’s Prime Minister, Boris Johnson connected colour-coded and culture-coded racism. We don’t want to repeat his racist slurs here. They may seem flippant. But hate crime against Muslims spiked significantly after Johnson’s remarks were published. To accept his comments as jokes means we don’t care about those who are hit by them. It belies the fact that hostility against those who are deemed to have no place here is embedded in our history, our heritage, and our home. And it doesn’t stop at the doors of our churches.

Islamophobia drives the contemporary far-right in Europe. In our book, we investigate how Christianity is interpreted and invoked by the terrorist far right, the populist far right, and the “hard right” that connects politicians inside and protesters outside the parliaments. We examine Norway, Germany and Great Britain, pointing to a “Crusader Christianity” and a “Culture Christianity” cobbled together in far-right rhetoric. Whether far-right figures do or don’t believe in Jesus Christ, they weaponize Christianity. How have churches in these three countries responded? Out book details and discusses their responses. Churches need to confront their complicity and complacency with Islamophobia. They can’t be neutral, because neutrality comes at a cost – the cost of those who are attacked by the far right, with words and with weapons. The normalisation of racist rhetoric needs to be stopped. This holds for all racisms, the culture-coded and the colour-coded. Anthony Reddie has shown how the legacy of colonialism lives on inside and outside our churches. “Do Black Lives Matter in Post-Brexit Britain?” he asks.

Back in the US, Vincent Lloyd proposes that racism is so pervasive in our world that only the end of the world can signal the end of racism. He points to the crucial work of Black activists in “helping communities dream a world otherwise – and then, based on that eschatological vision, discern how to focus activist work in the current world”. He ends by stating that the world is never completely captured by domination. The case we’re making in our book is that Christianity is never completely captured by domination either – not even by the Islamophobic far right. Christianity is a work in movement, a project rather than a possession. We need more than words. No single theology can simply swoop in to save the day, but we can dream a Christianity otherwise. Where Christians work with Muslims and Muslims work with Christians to fight any and all forms of racism, a Christianity otherwise is already being put into practice.

The Claim to Christianity is available to pre-order now, at a special discount price.