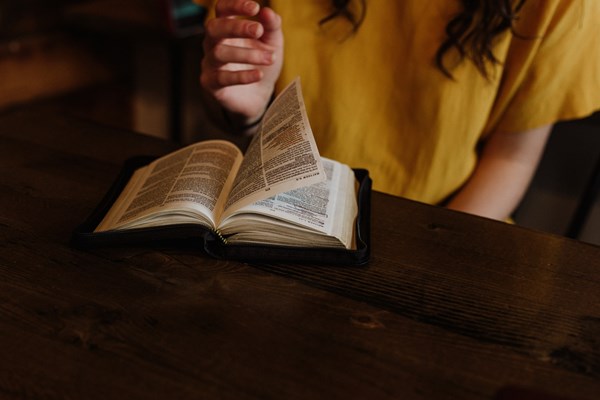 When prominent evangelical American preacher John MacArthur publicly told Beth Moore, also an evangelical American preacher to “go home” a few days ago, what was he doing? Whether he intentionally echoed Donald Trump’s comments to four congress women of colour nicknamed “the squad” is open to speculation. What he went on to say, though, was unequivocal: “There’s no case that can be made biblically for a woman preacher. Period, paragraph, end of discussion”.

Interestingly, despite claiming biblical authority, MacArthur fails to refer to the Bible. Were he to do so, he might notice the prophetesses of the Old Testament, along with the women apostles of the New. His assertion falls into the same trap as early translators of the Bible.  In Romans 16:7 Paul writes “Greet Andronicus and Junia, my relatives who were in prison with me; they are prominent among the apostles, and they were in Christ before I was”. Junia was a fairly well-known woman’s name – there are around 250 examples of it in Greek and Latin inscriptions found in Rome alone. Yet, over time, in Bible translation, Junia became Junias – a masculinised version of the name for which there is no evidence. The process of interpretation was probably influenced by the underlying narrative of the translators that a woman couldn’t have been an apostle.

Listening to the MacArthur ‘discussion’, I couldn’t help wondering whether these men sounded a little like the king’s advisors in the book of Esther, when Vashti refuses to do as she is told. In Esther 1 the king’s officials basically say “the queen can’t get away with this because all our wives will copy her and it will be troublesome for us”, and Vashti is dismissed. At the Truth Matters Conference, accepting women preachers is dismissed as “rolling over”, and surrendering to feminism. “Feminists don’t want equality they want power”, one panelist says, claiming the power, apparently without irony, to bar women from positions of influence like politics, commerce and pulpit. Where do we find women in the Bible? To name a few, we find them in national leadership – Miriam and Deborah; in commerce – Abigail, Lydia, and the women who support Jesus in Luke 8; in spiritual leadership – it is Mary, who proclaims the new rule of God in the Magnificat, while Zechariah is silenced, and Mary of Magdala becomes the apostle to the apostles.

It is time, though, to move on from arguments about whether or not women should be in the pulpit. It is time to lay aside discussions of rights and gender equality. The cheat in MacArthur’s argument is making the issue of women preaching seem as if it is only about women. I don’t believe it is. Gospel proclamation is enriched and expanded by the preaching of women. Without them the message of the church is univocal and alienating. In a later stage of the discussion one of the panellists criticises Beth Moore for “looking for herself” in Scripture, denouncing her as a narcissist. Looking for ourselves in Scripture is more honest, I suspect, than seeing ourselves in it without realising what we are doing.

Women’s preaching has potential to open the Bible afresh, offering liberative readings for those long silenced by patriarchal interpretation. One example is the story of the woman who touches the hem of Jesus’ garment, retold by Matthew and Luke. Reading from the woman’s perspective reveals that Jesus not only heals, but also resists the prevailing social order in which Jairus may well have been one of the powerful who barred the woman from worship and community. Jesus stops the progress of the powerful in order to listen to the marginalised.

Women’s preaching has the potential to broaden our understanding of a God who has always self-revealed through human beings, a God who is not male, or female, but is both.

And women’s preaching has the potential to deepen our self-understanding as human beings, to learn from the whole spectrum of human experience.

“Developing women’s preaching, and women preachers, is not simply about equality. It is much more important than that. It drives at the heart of God’s self-revelation to and through humanity, and God’s performative grace in creation. When God’s revelation is warped by exclusion, or dismembered by suppression all people suffer. The fullness of God’s presence in our lives needs God’s activity in both women and men to be manifest, otherwise both excluded women and exalted men suffer.” (Shercliff, 2019, 168).

Liz Shercliff is the author of Preaching Women: Gender, Power and the Pulpit