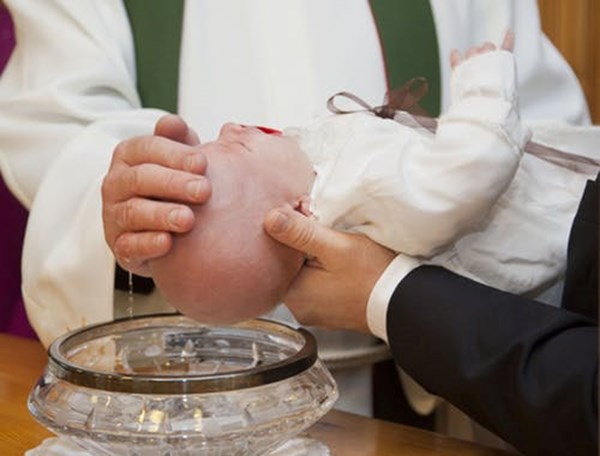 Sarah Lawrence, author of A Rite on the Edge, asks whether the time has come for the church to leave behind its cynicism about 'folk religion'.

Where does a child growing up learn to open their eyes of wonder; to ask questions about meaning and transcendence? My earliest memory of experiencing a sense of awe was in a small, cold, traditional church in Yorkshire at the age of around 5. But it takes more than sitting in a cold church, or even sitting in a lively, warm and energetic church, to awake a person to the possibility of the divine. I had a benefit well beyond being taken to church occasionally, although this was part of it. My parents lived their lives with God and a faith somewhere in the background, underpinning very quietly but firmly what may have looked, from the outside, to be pretty secular lives. Sometimes we went to church regularly, sometimes not so often. But my parents married in church, my sisters and I were baptised in church, and when my grandfather died a priest took his funeral, and we buried his ashes in the churchyard.

Statistically, the decline in religious affiliation in the UK is due, not to people losing their faith, but to successive generations being less religious than their parents. In other words, the decline in religion is due to parents not passing their religious beliefs and affiliations on to their children. The churches have become slicker, more active, more intentional. They have had evangelistic campaigns, decades of evangelism, focussed on mission shaped ministry. But still, over the past 6 decades, each generation has failed to pass on a Christian faith to many of their children. The problem is not that the churches aren’t sharing the faith, but that they are trying to take over the job of teaching the faith from families.

For 500 years, the Church of England’s representatives have implicitly taught that family-based traditions associated with the word christenings are childish, misleading or just plain wrong. A look at the language used to talk about the ritual of Christian initiation across the centuries showed that clergy spoke about this rite in a very different way to other people. The Old English word "christening" was very important in 16th century England. It was a word which referred to practice, to family traditions and rituals. It was an action considered to be done not just by the priest, but also by the godparents. And it was the godparents, ordinary laypeople, who children were taught in their catechism to thank for the spiritual benefits of the sacrament. Baptism, meanwhile, was a newer word in the English language, introduced by the French-speaking elite class after the Norman conquest. It carried higher social esteem, and was chosen for translations of the Bible and for discussion of the theory and theology of the ritual. Clergy referred to this rite as a baptism, lay people generally called it a christening. But over time, in the eighteenth and nineteenth centuries, the social elites gradually followed the example of the clergy, and used baptism more instead of their previously preferred word, christening. A social gulf opened up, and the word christening came to be seen as low class, common and smacking of folk religion in its most derogatory sense.

In the twentieth century some clergy and active churchgoers began to want to restrict baptism to children of parents who were ‘genuinely religious’. Preparation for baptism began to be seen as something the church needed to do, rather than relying on godparents to teach children their catechism as they prepared for confirmation later on. The assumption of most clergy and churchgoers was that the first task was to show families why everything they value about a christening is wrong: it’s not about welcoming a child, it’s not a rite of passage, it’s not about naming, it is not a christening. And then they could teach them the right way to see things, it is about joining the church, it is about making promises to be a follower of Christ, it is a baptism.

But what has been the outcome of dismissing and discrediting the earthy, everyday lived religion which seeks to christen children and use the Church as a resource to fuel a quiet background faith which underpins family life? The Church’s attitude has not been the only thing which has led to the collapse of an approach to Christianity which is based in homes rather than at church, but it surely cannot have helped. Generations of clergy have regarded the place of religion in the lives of ordinary people as mere ‘folk religion’; superstitious, childish, unsophisticated. They have attempted to make the church the focus of people’s religious lives rather than the family. This has contributed to the lack of motivation for parents to pass faith on to their children, and thus accelerated secularisation.

But what is wrong with ‘folk religion’? If it is the religion of the ‘folk’, the people, surely this is exactly where faith should be and what it should be: the baptised people of God, seeking to make sense of faith afresh in their lives. Real religion is mixed up with the business of life: making a living, educating children, celebrating and mourning, loving and maintaining relationships. The Church does not reach families more effectively by sweeping aside folk religion and replacing it with a pure message of truth. Instead it would do more to grow the Kingdom of God if it saw itself as a depository of a precious cargo of stories, traditions, doctrines and rituals which acted as a well from which families can draw or a rock around which folk religion can collect. This could help to keep folk religion, the religion of the people, tethered to a bigger story, the story of God’s interactions with human beings down countless generations of families. The Church should not be fighting folk religion but boosting, nurturing and celebrating it. A first step would be to rediscover and value christenings and everything they mean to families today.

Revd Dr Sarah Lawrence is a Priest in the Church of England, having served parishes in Lincolnshire, Shropshire and Anglesey over the past ten years.

A Rite on the Edge: Baptism and Christening in the Church of England is published in October and available to preorder now from our website.