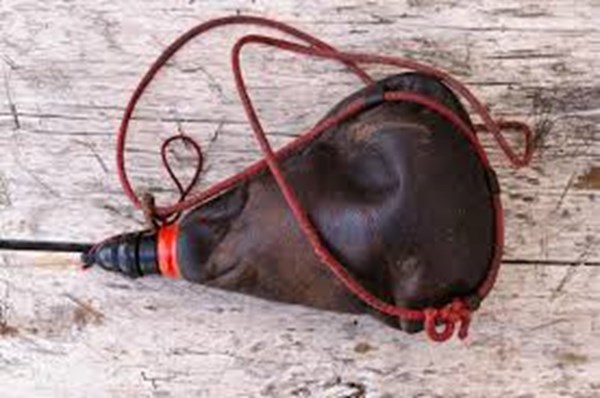 John Williams on why the pandemic might prove the perfect catalyst for a much-needed move towards 'ecclesianarchy'.

The Covid19 pandemic has proved challenging for the public role of the churches and their intervention in national affairs. Times have changed: during the outbreak of the Black Death in the 14th century, an Italian commentator attributed the plague to “the mire of manifold wickedness” and the “numberless vices” of a human race that no longer feared the judgement of God.

Thomas Cranmer’s Prayer Book (1552) contains a prayer for use ‘in a time of common plague of sickness’, alluding to biblical examples of pestilence as a divine visitation, and beseeching God to grant merciful deliverance to those who repent of their sins.

By the time of Daniel Defoe’s Journal of the Plague Year (1722) about the London plague of 1665, there are signs that God’s role is becoming a matter of debate: although Defoe’s narrator writes from a devout point of view, contrary opinions are represented by other characters.

Four centuries on, in Albert Camus’ classic novel La Peste, about an epidemic afflicting the Algerian city of Oran, when the priest Father Paneloux preaches a sermon attributing the plague to divine judgment, this angers Doctor Rieux, the book’s main character. Rieux rejects any idea of finding divine purpose in the plague, choosing instead the way of resistance, alleviating suffering by fighting the disease. After witnessing the death of a young child, Paneloux preaches a more empathetic sermon, emphasising human solidarity in suffering and the inscrutability of God’s ways.

Since the time of Camus, the response of Christians to the ravages of sickness has shifted closer to the attitudes of Rieux and the later Paneloux; only a convinced fundamentalist would proclaim Covid19 as divine punishment. The exhortation to stand together with the sufferers, and with those selflessly offering clinical and social care, occupies a much more central role than questions of theodicy. Where there is theological debate, it is focused less on God’s purposes in the pandemic, and more on whether a virtual Eucharist can be effective, or genuine fellowship be achieved through online contact alone.

The reactions of the churches to the coronavirus demonstrate the massive shift in theological perspectives since the Middle Ages. Despite this, much of the organizational framework of the Church and its clerical hierarchy, including in the case of the Church of England its particular relationship with the State, remains fundamentally unchanged. The structures present the Church as a powerful social institution, the custodian of sacred truths that alone provide a reliable moral compass and a grand narrative through which to comprehend the world. As a divine creation, the Church both knows what the really important questions are, and possesses privileged access to the answers.

But there is a glaring mismatch between the actual socio-cultural location of the churches within contemporary societies in Western Europe and their structural arrangements, which reflect the conditions of Christendom. The most intractably contested areas of Christian theology have historically been in the field of ecclesiology and ministry; not surprisingly, since these are the theological domains that are inescapably empirical, and hence contextual in nature, so that to treat them as timeless expressions of a God-given design is always and everywhere a recipe for conflict.

The façade is crumbling by the decade. For example, the Church struggles to maintain the fiction that secular provisions such as gender equality legislation need not apply to it, and recent shortcomings over its handling of issues of safeguarding, and matters of discipline amongst its ministers, demonstrate all too clearly the dangers of this culture of exceptionalism.

Meanwhile, the demographic statistics of attitudes are terrifying, with massive proportions of the under-30s caring not too hoots for Church, or the religion they imagine it stands for. The bishops are doubtless personally far less pompous and prelatical than they once were, and strive to avoid the airs and graces, the gestures of deference and homage, that some people continue to expect of them. Yet the structures within which they operate do not help them to recognize the casual disregard or scorn in which they are held by a substantial section of the population. The game is up, insofar as it perpetuates the illusion that the institutional framework of ministry, the outward façade it presents to the world, can accurately convey what the Church of Jesus Christ is about.

The irony is that many of the churches’ own experiments in innovation are driven by an inner logic that signals a very different future. Collaborative ministry schemes chip away at hierarchy and clericalism; charismatic renewal privileges the abundant gifts of the Spirit over institutional containment; chaplaincies push at the boundaries of official ministry in order to break new ground in the heart of the secular; and at their best, ‘fresh expressions’ could ferment the new wine that will finally cause the old wineskins to burst, unless they are ultimately neutralized by absorption into the host body.

In a fluid, culturally diverse, institutionally sceptical, decentered environment, the church that is coming, ready or not, is an ecclesianarchy: not shaped and governed by an inherited hierarchical order, but perpetually reinventing itself, ‘popping up’ in unfamiliar guises in new places, nimble, supple and adaptive to the evolving context. And to end where we began, this luxuriant heterogeneity will apply in the realm of theological thinking as well as ecclesial practice. At a time of pandemic, church might even become the place where the most honest debates and the most insightful or moving personal responses would flourish; and all without waiting for a bishop to make a pronouncement.

Ecclesianarchy: Ministry in a Post-Church Society is published at the end of September.