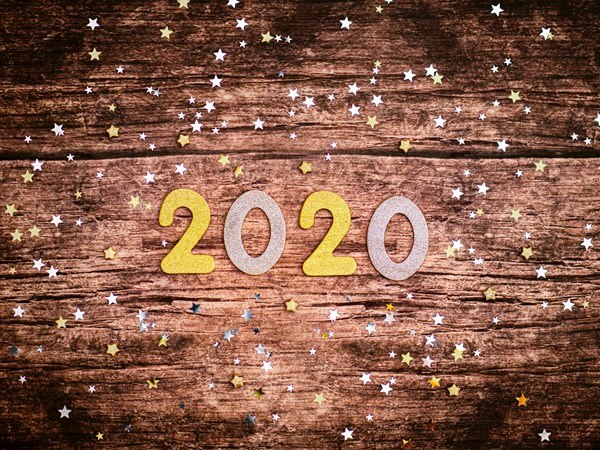 There’s a large number of exciting new titles to look forward to in the first few months of 2020. Here’s a preview:

First up, there's Changing Shape: The Faith Lives of Millennials. Ruth Perrin's landmark study of emerging adults who as teenagers described themselves as Christians reveals what has happened to this apparently 'lost generation'. “I am struggling to think of a more important book that will be published this year", says Pete Ward of Durham University.

Major 20th century theologians are the subject of two titles in our new year line-up. Lincoln Harvey’s Jesus in the Trinity: A Beginner’s Guide to the Theology of Robert Jenson presents a much-needed primer on the theologian, demystifying his remarkable theology and showing how time, space, causation and creation are utterly reimagined through Jenson's work. Meanwhile, Austin Farrer: Oxford Warden, Scholar, Preacher edited by Markus Bockmuehl and Stephen Platten, with Nevsky Everett, brings critical essays on the man described as Anglicanism’s most creative twentieth century theologian alongside 4 previously unpublished lectures by Farrer himself.

Black Lives Matter, #metoo, the Sisters Uncut protests, campaigns against Female Genital Mutilation, and multiple sexual abuse scandals are all movements situated at the intersection of feminism and trauma. Feminist Trauma Theologies: Body, Scripture and Church in Critical Perspective, edited by Karen O’Donnell and Katie Cross brings together scholars from a range of disciplines to explore the relationship between trauma and feminist theologies, highlighting methodological, theological, and practical similarities between the two. On a similar theme, Shame and the Church: Insights for Ministers and Ministry by Sally Nash considers shame in all its forms - personal, relational, communal, structural, theological and historical – and asks what it might take to develop a less shaming church.

Martin Robinson’s The Place of the Parish: Imagining Mission in Our Neighbourhood explores the developing shift among churches - including those within newer denominations – towards a greater valuing locality. Robinson considers what this means in a variety of contexts, rural, inner-city, Anglican and independent.

Also in February, a host of leading theological thinkers, including N.T. Wright, Rowan Williams, Lydia Schumacher, Kallistos Ware, Oliver O'Donovan Malcolm Guite, John Behr, Carol Harrison, Ian Mcfarland and Rebekah Vince will explore some of the many registers of the mystery of Christ, both historically and thematically in Christ Unabridged: Knowing and Loving the Son of Man.

Offering a similarly impressive range of contributors, including Paula Gooder, Paul Swarup, Isabelle Hamley and Markus Bockmuehl, The First Letter of Peter: A Global Commentary is designed as the official commentary resource for the Lambeth 2020 Conference. It also makes for a valuable commentary in its own right, offering a unique range of perspectives on an oft-overlooked epistle.

Two books in March take a hopeful look at the place of the church in the world. Edited by Cathy Ross and Humphrey Southern, with contributors including Rev Dr Carlton Turner on the Witness of Diversity and Dr Susie Snyder on how the church attends to those in the margins, Bearing Witness in Hope: Ecclesiology Beyond Chaos and Despair argues that the church still has a role in bearing witness fruitfully and creatively even within a context of crisis. Meanwhile, Reimagining Mission From Urban Places by Anna Ruddick argues that the church’s mission is about difference, love, locality and long-term consistency and, at its best, is slow, complicated and messy.

Two new textbooks will also be published in March. The first, a brand-new addition to our popular Studyguide series, is the SCM Studyguide to Religious and Spiritual Experience by Jeff Astley. By exploring the key areas of both the empirical and theoretical study of religious and spiritual experience, the Studyguide will serve as an accessible and nonpartisan guide to enable its readers to explore the range of challenging data, debates, approaches, and issues that relate to the study of this widespread and significant phenomenon. It provides a succinct and lucid introduction to the subject for those studying religion at both undergraduate and GCE AS/A level. Understanding Christian Leadership written by Ian Parkinson, and published in association with CPAS, provides a critical appraisal of insights from secular theories of leadership, exploring biblical and other theological insights into the nature and practice of leadership.

Lastly, Tasia Scruton’s Christianity and Depression offers a theological and biblical account of depression. Scruton considers how depression has been understood and interpreted by Christians and how plausible and pastorally helpful these understandings are. The book offers an important and well-informed resource for those with, or preparing for, positions of pastoral responsibility within the Christian Church.

And looking further ahead...

In Bread of Life in Broken Britain: Foodbanks, Faith and Neoliberalism, Charles Pemberton will investigate the foodbank system and those who use it, and advances a Christian vision of welfare provision (Charles will be speaking on the topic at this year's Church Times Festival and Faith and Literature - click here for more information). The Claim to Christianity: Christianity and the Far Right (by Hannah Strommen and Ulrich Schmiedel) will argue that churches are often unintentionally complicit in offering theologies which stoke far-right claims to Christianity. Forbidden Fruit and Fig Leaves by Judith Rossall will offer a serious and timely engagement with the theme of shame in scripture. Harvey Kwiyani's Multicultural Kingdom: Ethnic Diversity, Mission and the Church will offer up a much-needed 'multicultural missiology'. Simon Cuff's Only God Will Save Us: The Nature of God and the Christian Life will investigate what consequences for how we act flow from the nature of the God we worship. And Kathleen Rushton in The Cry of the Earth and the Cry of the Poor: Hearing Justice in John's Gospel demonstrates how the fourth gospel, far from being abstract and esoteric is a Gospel with an urgent call to hear the voices of the oppressed in our world.