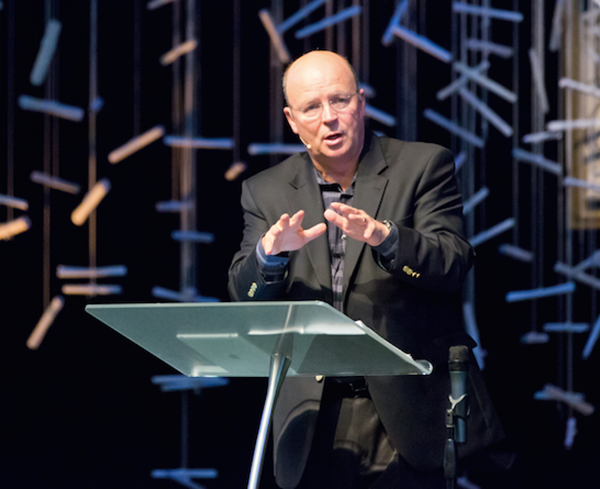 David: Can you give us a quick idea of the journey in your own scholarship that has led to you writing this book?

Scot: For 2-3 decades of my life as a professor I concentrated on Jesus and the Gospels with a foot occasionally in Paul’s life and mission and letters. I grew up “in Paul” and so there was never a time in my life when I haven’t had some instincts for reading him and interpreting him.

When I was a PhD student at Nottingham, Professor James D.G. Dunn was my supervisor and he was at that time making a name for himself as a creative and innovative and pioneering expert on Paul. His writings on Paul are both numerous and influential. So, though I was researching Matthew’s Gospel there was plenty of chat around us about Paul and the New Perspective on Paul.

When I was offered a post to teach at Northern Seminary I was assigned to teach a course on Paul and I had already made a commitment to spend the rest of my career concentrating on Paul’s life, mission and letters. So, for the last seven years nearly all my writing and lecturing have been about Paul.

David: Romans is one of those letters which we either love or hate (what here in the UK we might refer to as a ‘Marmite letter’!) What on earth drew you to want to think about the letter in greater detail?

Paul suffers from some reputation damage, in part because he’s not Jesus (after all), in part because of what he says about women in 1 Corinthians 11 and 14 and 1 Timothy 2, in part because he does not seem to have seen the challenge of emancipating slaves – so let me summarize this: because of what is called “presentism” some look down on Paul. It’s easy to be a snob about Paul and it’s far more difficult to enter into his world and to see what he was saying in his time and in his own way. What we find in Paul in his world is that he may not take the steps we preferred him to take but he was a courageous Christian man innovating on the very theme of inclusion.

When I hear people say things about Paul I often say, “What are those very elements about us that we don’t see and that a few generations beyond us will see us as blinkered in our capacity to have clear moral insight?”

David: Why read the letter ‘backwards’? What different light does it shed?

Scot: In one brief statement: Because Romans is not abstract, systematic theology divorced from context and time but instead a letter written by one man to one set of churches in one city about one major issue: learning to get along with one another as siblings in Christ.

If you read Romans 14-15 and let those two chapters sink in deeply and write out some major descriptions of the Weak and the Strong, and then begin at Romans 1 all over again and keep those descriptions in front of you – and then ask in each chapter and over each passage – How does this relate to the Weak and Strong? … if you read this way by the time you get to Romans 5 and 6 you will have a conversion in your imagination of who is reading this letter the first time and why it mattered so much.

This is a letter about privilege – both Jewish believers and gentile believers were intoxicated with their claims to privilege and Paul’s mission is to knock that privilege out from under them and put the on level ground so they could learn to live not like Romans but like Christians.

David: You note in your preface that “Western Christianity has been shaped by Romans like no other book in the Bible”. Why is that, do you think?

Scot: Because of Augustine, I suspect. Others in the first four centuries of the church had emphasis on Paul but no one brought Pauline theology more to bear on crucial intellectual concepts more than Augustine, and Augustine was behind Aquinas and Luther and Calvin and the rest is our Western story.

Romans is the densest of Paul’s letters so it plays the biggest role in framing how Paul thought, and that has meant in the Western Christian church Paul and Romans set the categories for all theology. Compare the categories in James DG Dunn’s Theology of the Apostle Paul, which Dunn uses to sort out Paul’s ideas, with most systematic theologies and you will see that the latter uses categories identical to those used by Dunn to frame Paul’s ideas.

David: You say in the book that “the theologian’s Power and Privilege have made Romans about theology, abstracted from the peace it seeks to create”. Could you unpack that a little more for us?

Yet, when you read many scholars and commentaries on Romans 1-8 or 1-11, you hear precious little about the Weak and Strong. If you ask the ordinary Christian what Romans is about they do not very often say “Weak and Strong.” They say “soteriology” or “Justification by faith” or “atonement theory.”

Why? Because the privilege of theologians to teach people and write books has formed people into thinking Romans settles modern debates about systematic theology. It does and it doesn’t, but what it does is provide a rationale for Christians to live with one another as siblings in Rome. In the heart of the empire. In peace

David: What do you hope we as readers will come away with after reading the book? What difference would you like to see it make to our pastoral and ecclesial practice?

Scot: I hope to breathe some fresh air into pastors and teachers and lay folks who want to read Romans carefully as a 1st Century missionary document that helps us to live the Christian life in the Spirit.

We could spend some long afternoons in prayer pondering who are our Weak and who are our Strong and how our own Privileges are blocking our life together as siblings in Christ.