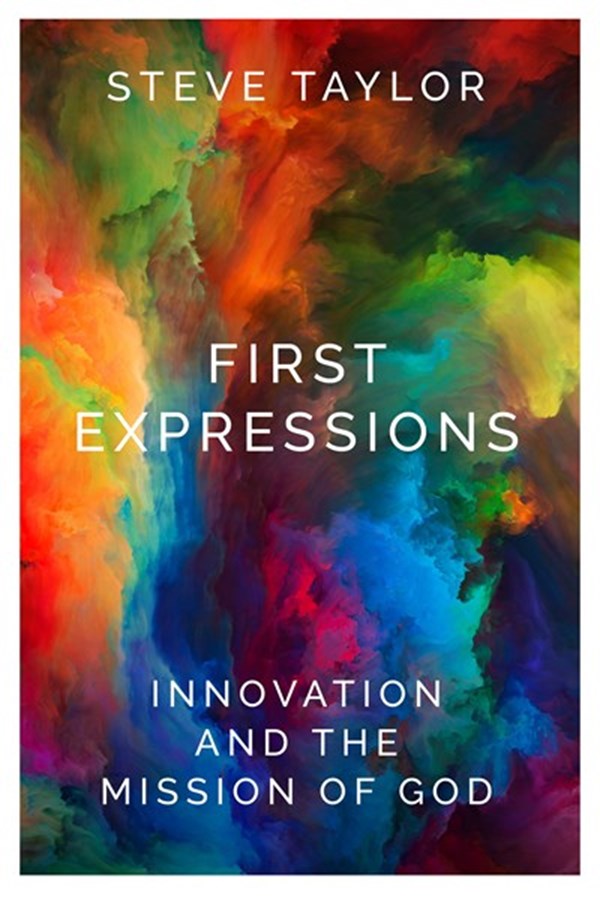 Nearly half of fresh expressions will die. My research into new forms of church found 50% of churches had tried and died. My analysis of research by others found 62% of what were proclaimed as “models to hope on” had died.

A pragmatic ecclesiology values numbers. Like Dragons’ Den, a church with limited resources wants to invest wisely. If fresh expressions die, are they worth investing in? A pastoral ecclesiology values people. What is the impact on faith formation when the church that one starts and another joins organizes its own funeral? Is there an innovation ecclesiology, that can locate birth and death in the relationship between innovation and mission?

To understand innovation in mission I studied eleven local church communities in England, Scotland and Wales. I came to call these communities “first expressions”. The name captures a “boldly go where no-one has gone before” approach to spirituality, evident as communities like Visions used video projection to transform church buildings in an Illuminating York Festival or Late Late Service explored “the music that we grew up with and forms of learning that we’re comfortable with” (God in the House, 1996). The term “first expressions” captures the new (and terrifying) reality of those who innovate without roadmaps from those who have gone before.

This was an empirical study. It is tempting for ecclesiology to work with ideals. I wanted to research reality. As Julian of Norwich declares, in one small thing - in my case “first expressions” - is all of creation. I developed a woven ecclesiology, that upholds the value not only of gathering in worship, but of intergenerational faith formation, leadership development and the making of creative product.

I returned 11 years later, to interview and to participate. This gave me a longitudinal study of first expressions, likely the first in the world. In focus group interviews, I heard stories of creative communities like Grace smashing their sense of identity in order to orientate around values not particular leaders. I interviewed leaders of the communities now dead and heard of “Vicar factories” in which the space to create and question resulted in leadership gifted to the wider church.

The research was shaped by my own story. I planted a first expression. Four years after I moved to another leadership role, I heard that first expression was preparing to die. This prompted my longitudinal research.

Through my research, I was challenged by a New Testament wisdom. None of the churches that the apostle Paul planted remain alive today. In Philippians, Paul writes to the very first expression of church in Europe. He names a pioneer that nearly died. Ephaphroditus is to be regarded as valuable. This is a Christian theology of risk, in which birth and death are affirmed.

I was blessed by the grassroots wisdom of local communities. Mobility, leadership transitions and the strength of wider relationships all impact on longevity. What was astonishing was the flexibility by which these first expressions explored new structures of leadership, clarified their identities in the midst of change and creatively drew on spiritual resources.

I was inspired by the organizational wisdom of denominations. In history, churches have innovated with structures. To help understand Fresh Expressions, I examined other mission structures developed in the United Kingdom, monastic patterns, early Methodism and the modern mission agency. I throw in wild cards of contemporary structures like NGOs and incubators. Innovation in mission often includes innovation in organizational shapes.

I was stretched by gender wisdom. The denominational leaders I interviewed were all men. This prompted an imaginative thought experiment. If Elizabeth was an archbishop and Mary was birthing an organization about to be named Fresh Expressions, what might be the shape of their strategic plan?

Innovation in mission is an activity of God. It embodies the word of Jesus: Unless a seed falls, there is no life. Julian was wise. In each small thing, there is value. The birth and death of first expressions invite a radical rethink of mission and ministry. A layered approach to ecclesiology, a church that is neither gathered and parish nor independent and networked, emerges. Innovation is the ants in the pants of Christianity. It keeps the body moving, not for the sake of growth but for the sake of birth and death, which are central to Christianity and thus to being church. Such is the gift of “first expressions”.

Order First Expressions via our website before 31st December 2019, and you'll benefit from a launch discount.

Steve Taylor is Principal of Knox Centre for Ministry and Leadership and author of first expressions: innovation and the mission of God, Built for Change and The Out of Bounds Church? He enjoys nature and is learning to knit.