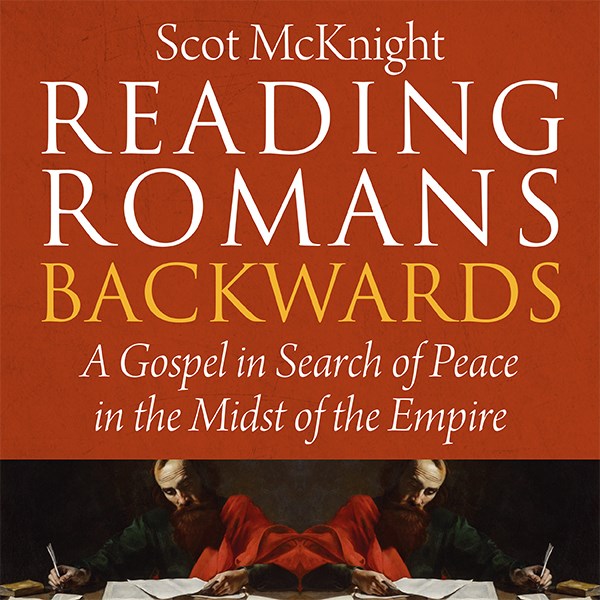 In the introduction to his new book, Reading Romans Backwards, Scot Mcknight argues that far from a piece of of abstract theology Paul's letter to the Romans is a lived theology arising from two decades of experience.

Americus, Georgia, 1950, Rehoboth Baptist Church. August 13 to be exact. The precipitating problem is that Clarence Jordan’s Koinonia Farm, just down the road from the church, brought to church a visitor, an Indian Hindu named R. Sharma. The problem was not that he was a Hindu and therefore in need of hearing the gospel but that he had dark skin. On August 13, the congregation voted—two-thirds—to expel Clarence and his wife, Florence, along with all other members of Koinonia.

The central argument of the resolution was that they “have brought people of other races into the services of Rehoboth Baptist Church, and have done this with the knowledge that such practices were not in accord with the practices of other members.”

The vote took place, the whole church was hushed into silence, and “then someone began to sob, and soon others joined. For five minutes, the congregation cried quietly. Then they got up and, one by one, they began to go out the door.”1

In the midst of that congregational event at Rehoboth Baptist is where we need to be if we seek to understand Romans. It is foolish to look down our convictions onto the debates in Rome in the first century and to think ours are worse or better than theirs. Why foolish? Because our issue is their issue: the issue is the inability of the Privileged and the Powerful to embody the gospel’s inclusive demand and include the Disprivileged and the Disempowered. The mirror of this issue is the Disempowered claiming their own kind of Privilege and Power. There is no reason at this point even to raise the specter of racism, for that only aggravates the symptom: the reality is Privilege and Power used to create and enforce various forms of injustice, including racism.

Romans is about Privilege and Power.

Paul’s lived theology is about Peace in the empire, and it is a radical alternative to Rome’s famous Pax Romana.

The theologian’s Privilege and Power have made Romans about theology abstracted from the Peace it seeks to create. Romans is about theology, but it isn’t mere theology—it isn’t abstract theology. If you will, the theology of Romans is about a way of life, about lived theology. Romans advocates for a via vitae, both for the individual and for the community of faith in Rome. As is the case with some, if Romans is seen as theology with little to no emphasis on its via vitae, then its message is stripped of its own deconstructing powers. We’ll get to this shortly, but it should be said now that there will be no letup on this point. From beginning to end of this letter, or from End to Beginning, the letter deconstructs Privilege and Power and replaces with Peace.

To say it again, it is for many an irresistible temptation to make Romans abstract systematics, theology, or philosophy. A theodicy if you will. A systematic theology if you will. A long day’s discussion under the stoa in Athens if you will. An exploration of how God can somehow maintain integrity and holiness and still be full of grace and love and then justify, sanctify, and glorify sinners while maintaining covenant with Israel. Romans 1–8 or 1–11 becomes Christianity’s first abstract theology. Those chapters become timeless theology, their ties to the house churches of Rome ripped from their hooks. Many are so worn down by this approach to Romans that by the time they reach chapter 12, they breeze through the rest as compulsory, unimportant information. The best of commentaries barely escapes this temptation, so I have chosen to read Romans backwards in order to demonstrate that this letter is a pastoral theology about Privilege and Power in search of Peace in the empire. Romans 12–16, it will be argued, reveals the pastoral context of Romans.

The lived theology of Romans emerges out of Paul’s two decades of gentile mission, much of it hard-fought and some of it learned in prisons along the way or explained on the run. Everything Paul writes comes from that mission, not from a library, and what Paul has learned out of that lifetime of gentile mission experience comes to the surface in Romans. At times, Paul jumps topics as if he were turning his head from one person at the party to another, and then he shifts his feet a bit and butts in on another conversation with a zinger or two, returning back to the original conversation with utter fluency. Thus Romans appears at times to be a pastiche of Pauline pieces as much as it is a linear argument.

Reading Romans Backwards: A Gospel of Peace in the Midst of the Empire is available in the UK now. Order a copy via our website.