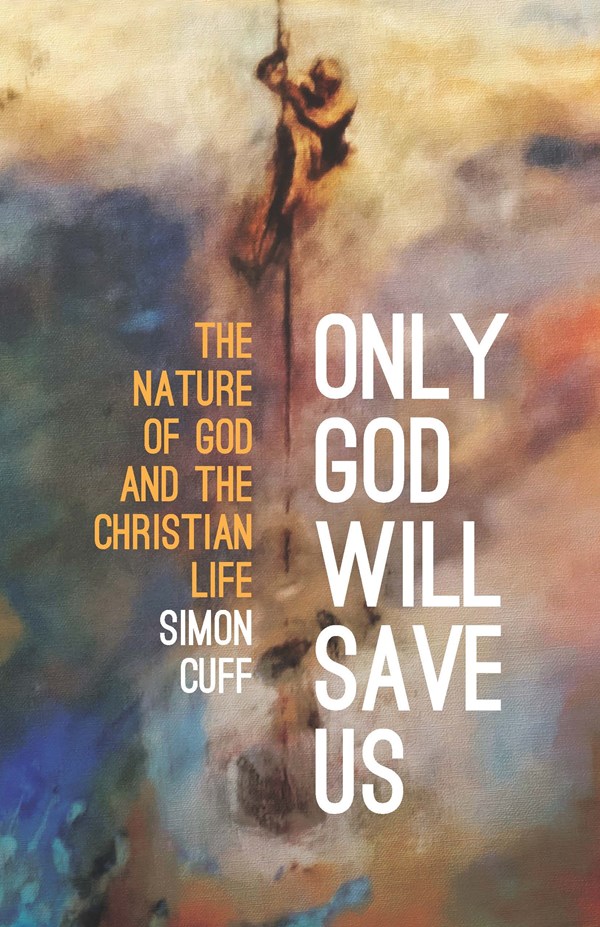 Fr Simon Cuff introduces his new book Only God Will Save Us: The Nature of God and the Christian Life.

This task is not unique to theology. All critical enquiry involves examining and scrutinising what we as human beings think we know about anything. Critical enquiry is the constant task of examining assumed and received ideas. Christians who are involved in such critical enquiry of any sphere of life or study do so as part of their response to God, honouring God with their mind.

Likewise, theologians embark on the critical examination of the ideas we have received about God. They do so for the same reasons that any Christian set outs on a journey of critical enquiry. They do so as part of their response to God, honouring God with their whole self including their mind.

Christians sometimes fear critical reflection. We fear examining too closely the means by which we have encountered God previously. We are nervous that scrutinising the practices and ideas through which we encountered God risk making those encounters, or even God, somehow less real.

I’ve often told students to take the opposite approach. Push hardest on the things that mean most to you, scrutinise them most severely whilst being most generous to those views held by Christians with whom you don’t seem immediately to agree. If you critically examine that through which you’ve encountered God most intensely and it genuinely was (and remains) of God, no amount of critical scrutiny will get God out of the way.

If, however, you do the same with something which is not of God or which God is now asking you to give up so that you might encounter God afresh, that which you are examining will fall away more easily than you can possibly imagine. This process is an essential part of following Jesus. The Dominican theologian, Herbert McCabe puts this best: ‘the thing is getting to know Jesus means putting all our concepts under judgement’.

This is why theology is an essential part of following Jesus. It’s not some abstract pursuit for the bookish or intellectual. Theology is that work of the Church and individual Christians which is our response to God in Christ. Theology is the essential task of ‘putting all our concepts under judgment’.

This critical judgement entails scrutinising the tropes, assumptions, commonplaces and ideas we have received about God and the Christian life. Sometimes, our examination reveals that God is calling us to discover anew why this or that aspect of the Christian life has come to be regarded as such. Sometimes, our examination reveals God’s call to repentance as we realise that we have inherited an assumption or idea that is anything but godly. Whether our examination leads us to affirm the pattern we have received or conform it more closely to the image of Christ, setting out on this journey as we follow Christ inevitably means that we encounter Christ as our foundation and our guide.

One of the ideas that Only God Will Save Us examines is the so-called passibility of God, that God can suffer. From a near universal assumption that God is incapable of suffering, the twentieth century saw the widespread affirmation that God must suffer with us in our suffering. Only God Will Save Us critically examines the trope that the idea that God cannot suffer is an intrusion from philosophy. We suggest instead that this trope proves unfounded, that God’s inability to suffer derives instead from a reading of the Bible, and that this inability to suffer may in fact be the means by which he transforms suffering not only with us in Christ, but for us - transforming situations of suffering and calling us to participate in the very same act of transformation.

Some of the fruits of our examination will seem fairly trivial. Only God Will Save Us begins with a quotation often attributed to St Gregory of Nyssa and included in sermons: ‘concepts create idols of God, of whom only wonder can tell us anything’. As far as I’m aware this isn’t anything St Gregory actually said, but a loose paraphrase of the much less preachable: ‘Every concept which comes from some comprehensible image by an approximate understanding and by guessing at the divine nature constitutes an idol of God and does not proclaim God’ (Life of Moses). This matters little, although in a post-truth world of fake news and suspicion of experts our call as Christians to be harbingers of the one who is truth should make us wary of passing on half-truths and mis-attributions.

Other fruits of our examination of the tropes, assumptions, commonplaces and ideas we have received are anything but trivial. Calling out tropes about particular groups of human beings for the tropes which they are is an essential part of the Church’s call to participate in the struggle against racism. This work of examination is especially the task of those of who us who are not from the groups for whom the consequences of such tropes and commonplaces are so daily felt. Examining how our structures and patterns of behaviour as Church themselves contribute to furthering lies about the implied neutrality of whiteness and maleness, and the corresponding myth of their superiority, is part of the Church’s vital commitment to putting all our concepts under judgment. A bad tree cannot bear good fruit.

Only God Will Save Us was written last summer, in a world that seems very different from the strange new world in which we find ourselves. Whilst our current pandemic has changed the way we relate as human beings in ways that were unimaginable then, the attention that has been paid to the reality of structural racism in recent weeks reminds us that not as much has changed as we might be tempted to think, or as needs to, in order for the world to be the world which God is calling into being.

Theology - the critical examination of the way things are as we exist as Church and we proclaim the good new of Jesus Christ - has therefore never been more vital. It seems apt to end with the words of Martin Luther King in a quotation used in framing the argument in the first chapter Only God Will Save Us:

‘the contemporary church is often a weak, ineffectual voice with an uncertain sound. It is so often the arch-supporter of the status quo. Far from being disturbed by the presence of the church, the power structure of the average community is consoled by the church’s silent and often vocal sanction of things as they are. But the judgement of God is upon the church as never before. If the church of today does not recapture the sacrificial spirit of the early church, it will lose its authentic ring, forfeit the loyalty of millions, and be dismissed’ (Letter from Birmingham Jail).

Fr Simon Cuff is a Tutor and Lecturer in Theology at St Mellitus College, and Coordinating Fellow of the Centre for Theology and Community.

Only God Will Save Us: The Nature of God and the Christian Life is available to preorder now with 20% off RRP.