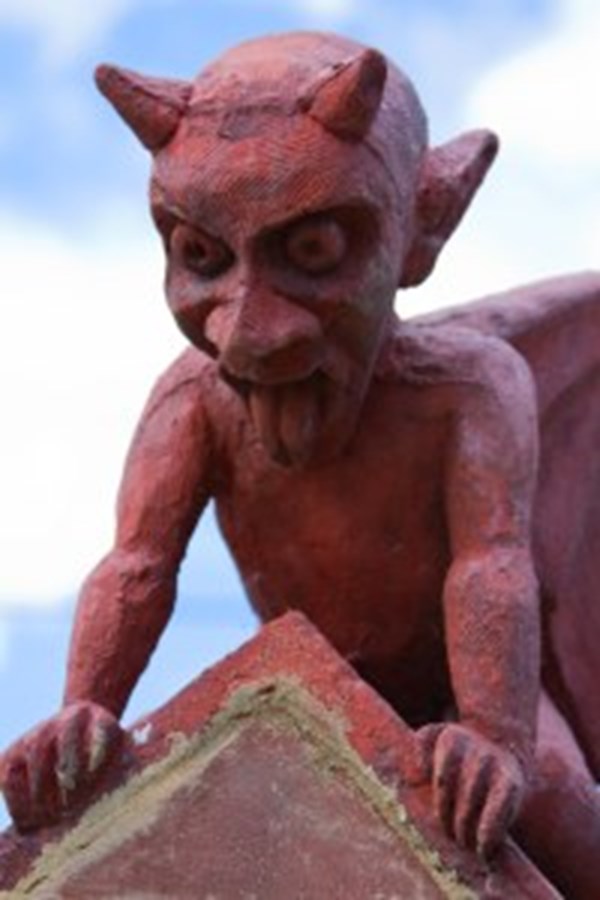 A guest post from Tom Clammer, author of Fight Valiently

In my curacy I had the privilege of a significant baptismal ministry, and as week by week I asked parents and godparents, “do you reject the devil and all rebellion against God”, and “do you renounce the deceit and corruption of evil?” I began to wonder what precisely they thought I was asking them.

As I explored this question, and began to read more widely the liturgical texts which the Church of England has received, adapted and developed over its history, I became increasingly sure that there were some profound questions to be asked of the coherence and consistency of our language of evil and of the devil.

Fight Valiantly is a response to those initial questions, and evaluates the present provision in Common Worship, as far as it relates to the devil and evil. It is a deliberately liturgically focused study, examining the texts which the church provides for congregations and individuals to use, and in that sense it is a profoundly practical book. It seeks to identify whether the Church of England speaks with a coherent voice when it makes its public prayer, and asks questions about the implications for the pastoral ministry of the church when that voice is found to be incoherent.

The book falls into three sections. The first section explores models of liturgical theology, and also a review of the liturgy of the Church of England from 1549 until the publication of the Alternative Service Book of 1980. The examination of liturgical theology provides some common language, and the apparatus for exploring and examining the liturgical texts. It includes a treatment of the often referenced claimed that the Church of England finds its theology principally in its liturgy. This is vital for the argument later in the book that deficiency in liturgical provision is dangerous because it results in deficiency in theology. The review of Church of England liturgies from the point of the Reformation until the end of the 20th century charts the way in which the Church of England has inherited and edited texts over its history. The focus in this section is on texts concerned with initiation: baptism and confirmation in particular, because these are the texts where the most substantial references to evil and the devil historically occur.

The third chapter is a summary of my methodology. I am profoundly indebted to Juliette Day, whose adaption of Robert Taft’s method of structural analysis I have further developed in order to examine the texts in which I’m interested. Structural analysis put simply is the examination of a liturgy section by section, breaking the liturgy down into the smallest ‘liturgical unit’ (Juliette Day’s phrase) possible, and then carefully identifying what is going on within that section of the liturgy and how it connects to what precedes and follows it. Attention is paid not only to the words, but also to any gestures, movements, silences, and actions that take place, and also to whether it is the minister, the candidate, the congregation or someone else who is involved at that moment. My methodology then seeks to discern whether, having carefully analysed each section of the liturgy, it can be demonstrated that there is a coherence running through the whole which results in a consistent theology. My thesis from the outset is that there does not seem to be the level of consistency that one would hope for. My conclusions go on to demonstrate that.

At the heart of the book are the three chapters which look in detail at services of initiation, services of healing, and services of deliverance. These are the three areas of the church’s ministry where a candidate, liturgically at least, comes into contact with or conversation with the things of evil and the devil. Turning away from the devil at baptism, and turning away from the world of evil and of sin are markers of the beginning of a Christian life and occur in liturgies from the earliest days. When the church offers prayers of healing often what is prayed for is protection from evil as well as other things. The ministry of deliverance in the Church of England is a slightly different beast because there are no centrally authorised or commended texts at present. This may change in the coming years, as the Church of England is engaged in a piece of work considering whether liturgies and guidance notes for the ministry of deliverance and exorcism ought to be centrally produced. One of my conclusions is that this piece of work is important and urgent, and I’m pleased to be part of the group which has been invited to consider this. At the moment, however, there are no authorised texts produced by the Church of England, and it is up to each diocese and each bishop to produce them locally. This, again, I identify as a deficiency.

The book concludes by drawing some liturgical and theological threads together, identifies the most significant deficiencies in the current provision, and makes some suggestions for further work on the part of the Church of England in order to improve the situation. Some of the most troubling inconsistency is demonstrated to be a result of a set of complicated and confusing liturgical texts and notes.

This book is important because, as I stated at the outset, there are genuine pastoral dangers in the current liturgical provision. People come to the church asking for baptism, confirmation, or the ministry of healing and deliverance in large numbers. In these and other pastoral situations where people are seeking answers for some of the deepest questions in life, it is vital that the church has given robust thought to the way in which it replies.