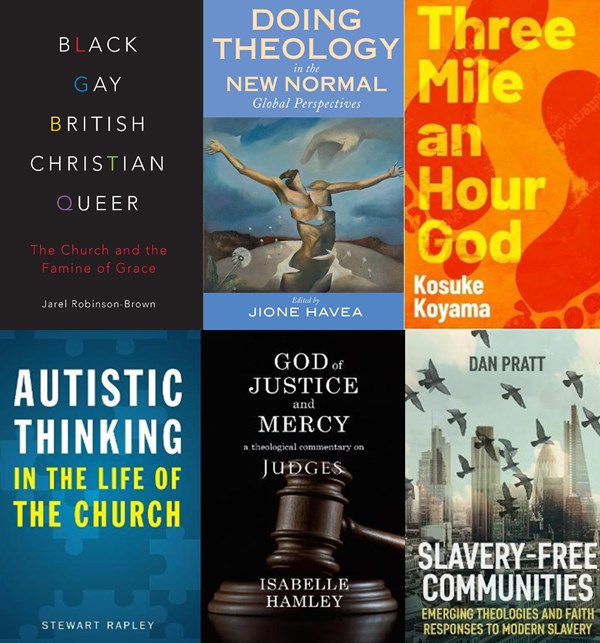 Here's a sneak peek at what is coming this summer...

Described by Nyasha Junior as a book which "excels in offering a vision of what love and radical inclusion could accomplish", Black, Gay, British, Christian, Queer: The Church and the Famine of Grace by Jarel Robinson-Brown argues passionately that there is deeper work to be done if the body of Christ is going to fully accept the bodies of those who are black and gay. It offers a vital call to the Church and to the world that Black, Queer, Christian lives matter, from an author who, says Bishop Paul Bayes is an "enormously courageous and necessary voice".

Responses to the recent pandemic have been driven by fear, with social distancing and locking down of communities and borders as the most effective tactics. Out of fear and strategies that separate and isolate, emerges what has been described as the "new normal" (which seems to mutate daily). Truly global in scope, with contributions from across the world including Jamaica, Brazil, Fiji, South Africa, Zambia and South Korea, Doing Theology in the New Normal: Global Perspectives revisits four old responses to crises - assure, protest, trick, amend - to explore how those might still be relevant and effective and/or how they might be mutated during and after a global pandemic. Edited by JIone Havea, the book together paints a grounded, earthy, context-focused picture of what it means to do theology in the new normal.

Judges is one of the most misunderstood and underused books in the Old Testament - it is a text people outside of the higher echelons of Old Testament academia are afraid of. Too often it is dismissed as too violent, outrageous, or simply too puzzling for practical use - or full of tales which are only of any use as children's stories or as simple moralising tales for adults. Focusing on core theological themes across the book, God of Justice and Mercy: A Theological Commentary on Judges by Isabelle Hamley, is predicated on the idea that far from being too awkward to touch, Judges in fact holds up a mirror to today's world, with its stories of abuses of power, war and violence, and the human tendency towards individualism.

Autism was only identified and recognised relatively recently, but even so one might have expected the church to have moved further in its thinking about how autistic thinking can contribute to the life of the church. At a time when churches exhibit a heightened awareness of 'inclusion' and recognition of difference in all manner of ways, it is startling how little attention is given to those who have autism. Drawn from extensive research amongst autistic worshippers, Stewart Rapley's Autistic Thinking in the Life of the Church develops and explores a model in which churches can strengthen and retain the cognitive engagement of those worshippers in their congregations who are on the autistic spectrum.

"Love has its speed" says Kosuke Koyama in his much-loved theological reflection on western theology and western culture, Three Mile an Hour God. "It is a spiritual speed.. It is the speed we walk and therefore the speed the love of God walks"' In August, we're republishing Koyama's book for the first time since 1979.