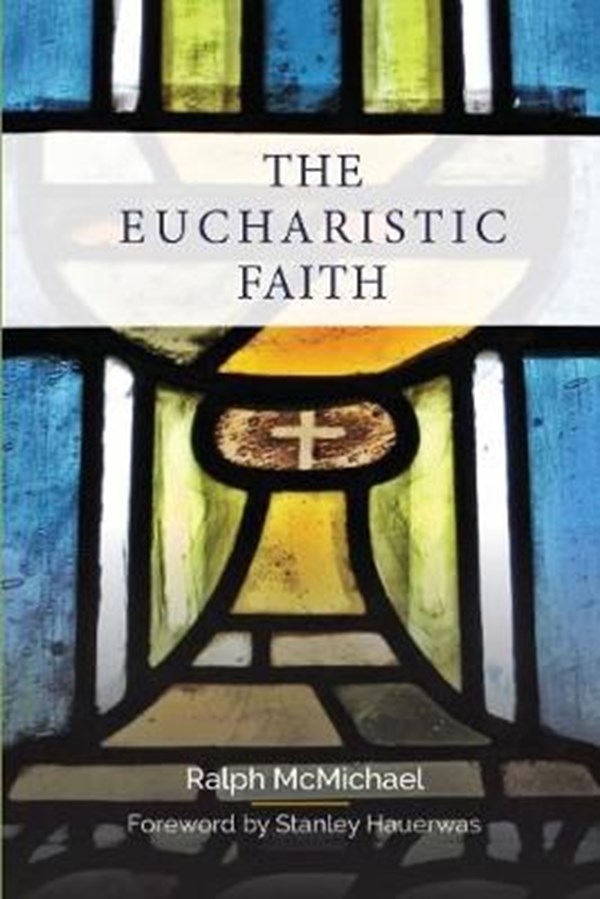 In his new book The Eucharistic Faith, theologian Ralph McMichael embarks on a journey towards a bold and ambitious new systematic theology of the Eucharist. Here he gives us a taste of why he thinks such a project is so vital.

The genesis of my book The Eucharistic Faith occurred twenty-five years ago when I wrote an essay for a weekly magazine criticizing how a group of bishops were employing the word and concept of koinonia.  I argued that they did not know what they were talking about, and that furthermore, what was given for the rationale of their theological method was deeply flawed.  My argument then was that we do not get to use theological terms the way that suits our agenda; theology and its inherent language serves God’s agenda for us.  That is, theology does not exist to keep the church’s trains running on time or to promote tackling and solving the burning issues of the day or the context in which we live.  Rather, theology is inhabiting the redemptive place God has prepared for us ‘to live, move, and have our being.’  This place is the Eucharist, and this life is the Body of Christ.

Now I said that the genesis of this book was my polemic against bishops theologically behaving badly. That is just the first phase of this genesis.  I thought at the time that it is not enough just to say how others are doing the wrong thing; I had to offer what I considered to be the right thing.  How are we to do theology, and in a way that concepts such as koinonia would be employed and understood faithfully and truly?  So, I wrote a paper called “Eucharistic Theological Method,” and I sent it around to various theologians to read and respond to it. I did get some response and suggestions, but the paper was never published.  Along the way in the ensuing twenty-five years, I did write various chapters for books, and one monograph on the Eucharist, which concludes with an argument for a Eucharistic systematic theology.  This book The Eucharistic Faith is the first volume of five of this Eucharistic systematic theology. The other volumes engage the subjects of God, church, life, and world in that order from within the theological reality that is the Eucharist.

My ‘method’ in the writing of this first volume, and of the subsequent volumes, reflects that prior decision not to be guided by the dynamic of being over against something but by the dynamic of exploring what God is giving us in the way in which this is being given and why.  Put more directly, I was not pursuing a reactive posture toward how others did, or have done, theology, but rather, seeking to explore and articulate what is the inherent reality of Christian theology.  That is, no matter what we say and think, God is still being God, Jesus is still Jesus, and the Holy Spirit is still directing us toward and into this God who is present as this Jesus.

Much of contemporary theology, and much of theology in the past, has been animated by this over-against-ness.  Christians and Jews, Christians and Greeks, orthodoxy and heresy, Reformation and Counter-Reformation, modernity and pre-modernity, modernity and post-modernity, totality and contextuality, language and experience, and so on, have driven theology onwards into more and more types, modes of reactions, and competing movements.  But what if we stepped away from this over-against-ness, this post-this and post-that, what if we sought to seek first the Kingdom of God?  What would theology be then?  It would be the Eucharist because for God, it already is the Eucharist.  Eucharistic systematic theology is starting over where we are already.

The Eucharistic Faith has four parts or movements that follow in an inverted direction the classical definition of theology as faith seeking understanding.  The first part has two chapters in which I present the Eucharistic origin and nature of theology.  The second part is called “Seeking.”  This is where I develop and explicate the inherent Eucharistic reality of both tradition and Scripture.  In the third part “Understanding,” I engage the subjects of knowledge, language, and truth from within the theological economy of the Eucharist.  Then, in the fourth part, I offer an exposition of the Eucharistic faith.

The task I have set before me in this book and in the subsequent volumes of this Eucharistic systematic theology is to re-imagine all of theology from within the Eucharist.  I have recently retired from a parish, and while I have had both academic and ecclesial appointments in the past, I am now completely dedicated to this task of re-imagination, to my priestly vocation as a theologian.  It is still my conviction that theology and church are in need of a Eucharistic renewal; indeed, a Eucharistic transformation, because this is God’s will and desire for us.

Written by Ralph McMichael with a foreword by Stanley Hauerwas, The Eucharistic Faith is available to preorder at a special launch price until 30th September