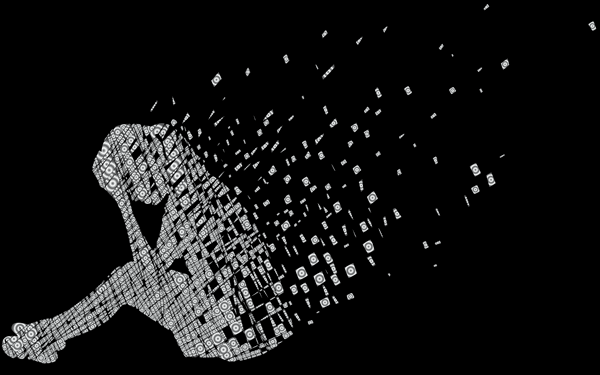 A guest post by Tasia Scrutton, author of Christianity and Depression (forthcoming 2020)

‘Work sets you free’. These words might easily be the title of Boris Johnson’s July 2019 article on mental illness. Instead, he went for a less pithy option: ‘We can improve mental health, save money and boost the economy all in one go’.

Johnson takes the experience of Winston Churchill as his starting point: ‘It was with work that he pitchforked off his depression; and what was true for Churchill is basically true for all of us’. The real problem with mental illness, as Johnson sees it, is its economic cost: ‘mental-health problems and other stress-related conditions are combining to reduce national productivity by £84 billion a year’.

The solution to the economic problem that is our society’s mental illness crisis? To help companies keep employees’ ‘time off work to a minimum, to prevent them becoming a cost to the NHS, and to help them be as productive as possible’ (Johnson, 2019).

Many of the ways in which Johnson’s view is both offensive and dangerous have been pointed out by others. Johnson is not qualified to retrospectively diagnose Churchill (who was never diagnosed with depression), let alone issue a prescription for mental health to an entire nation (see Mahdawi, 2019).

Johnson sees human value as residing in human productivity: money, not people, are his only concern: ‘Success is measured by our GDP, not by whether we are actually thriving as people’ (Bell, 2019). The solution Johnson prescribes will only provide mental health care for people who have secure contracts with large companies, but ‘access to mental health care shouldn’t depend on your employment status; it should be available to everybody’ (Mahdawi, 2019; see Bell, 2019).

These criticisms are important and entirely correct. As a philosopher of religion, I want to draw attention to two further (related) aspects of Johnson’s view of mental illness. These two aspects are dangerous, and they are also widespread: as I’ll go on to explain, they are found not only in wider culture but also within some churches and Christian communities.

First, Johnson uses what the philosopher Ludwig Wittgenstein described as a ‘one-sided diet of examples’: according to Wittgenstein, one’s thinking can be ‘diseased’ because one nourishes it ‘with only one kind of example’ (Wittgenstein, PI, 593). Even if Churchill would have been diagnosed with depression (and it is almost certain that he had some emotional problems), the depression of someone who is able to function in their work is not the same as severe depression with catatonia, for example, or schizophrenia, or psychosis.

Johnson writes that what is true of Churchill is true of all of us, but this is blatantly untrue. Johnson takes one person’s experience of mental distress (which may or may not have been mental illness), and generalises to all people, with all forms of mental illness, and with every level of severity. It is like someone advising a cancer patient that they will be well if they take ibuprofen, since ibuprofen worked for someone they knew who had a headache.

Likewise, not all jobs provide people with the meaning and self-esteem Churchill and Johnson are or were lucky enough to find in their own work. Many people are forced to do boring, and/or unpleasant, work which seems to have no purpose other than lining the pockets of their wealthy employers, while providing the employees with an insufficient salary to live on. Many people are not treated with respect by their employers, and their work decreases rather than increases their self-esteem. If you have a job that has meaning and increases your self-esteem, you are one of the lucky ones. Again, Johnson has an insufficient diet of examples: he generalises from the experience of one man in an important, high-status job to the experience of work of us all.

Second, Johnson’s rhetoric implicitly exaggerates the role and possibility of choice. We can overcome our mental health problems, apparently, by pulling up our boot straps and getting on with some good old work. Yet the situation is not so easy for many people. Even assuming you have the right to work (asylum seekers in the UK, for example, do not), and that work can be found, people with severe mental health problems may struggle to get out of bed just as much as someone with a broken leg (see Solomon, 2001, 52 – 53). And, while campaigns insisting that we should not assume people with mental illnesses are violent are well-placed, sometimes forcing people with mental illnesses into the workplace may put them or others at risk.

Earlier I said that these aspects of Johnson’s view are found in some Christian communities; what did I mean by that? Some churches, and some popular Christian literature, put forward the idea that mental illness is the result of the mentally ill person’s sin. This is ‘Christianisation’ (in language if not in substance) of a more general tendency in wider culture to regard people as in some way responsible for their mental illness. Underlying this view are the same two aspects we find in Johnson.

A respected social worker once said to me about a mutual friend, ‘If she would just start thinking about others, instead of herself all the time, she would not have so many physical and psychological problems.’ Indeed, this one brief proposition summarizes the central lesson of this book: God’s prescription, the highway to mental health of individuals and of society is the highway - God’s way – which includes selfless devotion and service to others (Harcum, 2010, Preface).

An emphasis on choice is also present in these Christian accounts of mental illness, just as it is in Johnson’s account. For instance, in another Christian self-help book for mental illness, Happiness is a Choice: The Symptoms, Causes and Cures of Depression, two psychiatrists write:

Loneliness, like depression, is a choice. The only people who suffer from loneliness are those who choose not to make the effort it takes (including the occasional rejections) to build a few close friendships… People who are lonely are in fact rejecting intimacy with others, and projecting their rejection onto those around them. (Minirth and Meier, 1994, 55)

These views – which tend to focus particularly on the perceived sins of women and gay people as causes of mental illness – are often devastating in their effects (see Scrutton, forthcoming). But, of course, they owe very little to the Christian tradition, and far more to neoliberal politics and social assumptions shared by Johnson and others on the political right. Indeed, they serve the interests of the political right, since they deflect attention away from the social causes of mental illness – causes such as poverty and insecurity which the political right would prefer to wash its hands of - and instead problematise the individual.

People with pastoral and preaching roles in churches often report feeling unequipped to respond to mental illness, and churches (and Churches) are sometimes criticised for not talking more about mental illness (see Thompson and Bullivant, 2019). Perhaps this is partly because mental illness (and mental health) are recent concepts and it is assumed that the Christian tradition has nothing to say about them.

Yet, I argue, mental illness is a reality the Gospel has much to say about. Johnson and the writers of these Christian self-help books are victim-blamers. The crucified Christ is the ultimate answer to victim-blaming. The Gospel tells us again and again not that the poor and others who suffer are responsible for their suffering, but, rather, speaks of God being on the side of those who suffer. Mental illness is strongly correlated with being poor, with having experienced trauma or oppression, with being an asylum seeker or having insecure employment. The Christian tradition speaks not only of individual sin, but also of social sin – of the injustices in our society that diminish human flourishing, such as the corrupt political systems that cause poverty, oppression, instability, loneliness and isolation.

The God of the Christian Gospel is not a God who (like Boris Johnson and the writers of the Christian self-help books) holds people responsible for their suffering. The Gospels do not speak of a God who treats people as a means to an end to serve the financial interests of the rich and the wealthy, as both Johnson and the writers of the Christian self-help books do. On the contrary, the Gospel tells us of the value and worth in God’s eyes of those regarded as least valuable by their society. The Gospel speaks of a God who puts down the mighty from their seats, and who raises up the humble and the meek. These are the Gospel truths that should be at the heart of Christian communities’ pastoral, and political, responses to mental illness.

Tasia Scrutton’s Christianity and Depression is forthcoming with SCM Press in March 2020.

Boris Johnson, 2019 (14th July), ‘We can improve mental health, save money and boost the economy all in one go’, The Telegraph, available at: https://www.telegraph.co.uk/news/2019/07/14/can-improve-mental-health-save-money-boost-economy-one-go/ , accessed 24th November 2019

Frank Minirth and Paul Meier, 1994, Happiness is a choice: The symptoms, causes and cures of depression, Baker: Grand Rapids, Michigan

Damian Thompson and Stephen Bullivant, ‘Does the Church know how to deal with mental illness?’, The Spectator, available at https://audioboom.com/posts/7425905-does-the-church-know-how-to-deal-with-mental-illness , accessed on 24th November 2019