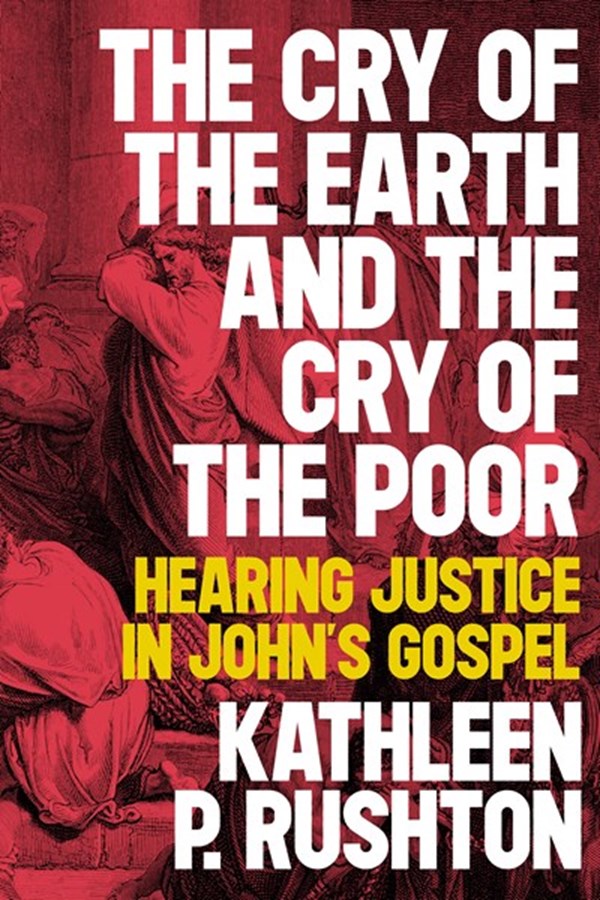 Kathleen P. Rushton on her new book, The Cry of the Earth and the Cry of the Poor: Hearing Justice in John’s Gospel.

A commonly held view is that John’s Gospel is not on about justice. This perception exists because there are very resources on justice in John. My new book The Cry of the Earth and the Cry of the Poor: Hearing Justice in John’s Gospel uncovers that both the voice of the Earth and the voices of the marginalized are present in this Gospel and can speak to our times. Primarily, the purpose of my book is to enable those, who ‘hear’ John’s Gospel proclaimed at Sunday worship in the three-year cycle of the Roman Lectionary (Catholic tradition) and Revised Common Lectionary (Anglican and Protestant traditions), to join with Jesus in order to ‘complete the works of God’ by responding to the both the cry of the earth and the cry of the marginalized. This book is for seekers yearning for an accessible, spiritually-nourishing, biblical resource which is aware of the new questions for Scripture and theology raised by 21st century understandings of cosmology, evolutionary science, ecological and social justice. Many Christians feel alienated and unnourished because of the gaps which often exist between that is heard from the pulpit and these concerns. This book is, also, a resource for those entrusted with the ministry of preaching.

I seek to response to two great movements which mark our age – hunger for spirituality and concern for the environment which is linked inextricably with social justice. My approach integrates these movements. While respecting the structure of John’s Gospel, a spirituality for transformation is encouraged by placing each Gospel passage or section of chapter within the five phases of the ancient Christian practice of lectio divina. 1. Lectio/reading – we listening deeply to listen the still, small voice of God (I Kings 19.12).  2. Meditatio/meditation – we become awareness of what touches us in personal way. My book focuses primarily on this phase because here readers often need new information to enable them to enter into 3. oratio/prayer – dialogue with God as loving conversation and into 4. contemplatio /contemplation  to rest in the presence of God who empowers and sustains seekers to complete the process of lectio divina by 5. actio/action.

Most Sundays, the same gospel passages proclaimed from the two lectionaries are, give or take a few verses, the same. The Lectionaries, therefore, are an unrecognised, shared ecumenical resource to stretch and to enable God’s church to live into the fulfilment of Jesus’ prayer that ‘they may all be one’ (John 17.21)  as well as to explore the spirituality of Jesus, that is, the attitudes and experiences behind what he said and did that fired and inspired him. My book is a contribution to spiritual ecumenism which is about spirituality and mission. It is a resource for those who desire to study and pray privately, communally or ecumenically in parishes and faith-run schools for transformative action to care for the Earth and the marginalized.

Readers of my book will oscillate between contemplation and action in the interfaces of: 1. this Gospel’s ancient Roman-ruled context (its history, world behind the text) and 2. the theology expressed in the written treasure of this gospel (world in the text) which 3. calls forth spirituality for transformative and sustained action for the new world we are called into (the world in front of the text).

One of the ways in which John’s Gospel tells the story of Jesus in a bold new way is cosmological framework of the prologue which inserts Jesus into God’s creation. My book explores the vital clues found there which unfold in the gospel story that follows. We are to move with Jesus, who moves through Galilee and Judea, in his barrier-crossing ministry forming his new community to work with him to ‘finish the works of God,’ in an unfinished evolving universe, by responding to both the cry of the earth and the cry of the marginalized.

Kathleen P. Rushton is a Sister of Mercy from Otautahi Christchurch, Aotearoa New Zealand. She holds a PhD from Griffith University, Brisbane and M.A. Religious Studies from Katholieke Universiteit Leuven. She works in biblical studies, spiritual direction and has over four decades of ecumenical involvement in social and ecological movements.