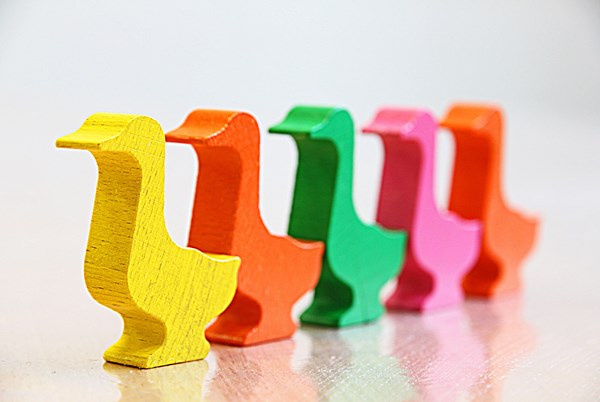 Ian Parkinson, author of Understanding Christian Leadership reflects on the purpose of leaders.

Leadership. It’s a word which elicits so many contrasting responses from so many quarters. On the one hand it is held up as the one thing which would make all of our lives better and our various institutions and enterprises far more effective. On the other hand, it is seen as something to be distrusted, an excuse for exploitation, or for the imposition of the will of one person over others.

The debate around the merits or otherwise of leadership rages as strongly in the Christian church as anywhere else. Not only, as in other contexts, is opinion significantly shaped by our previous experience of good and bad leadership, but here the discussion is also shaped by other more philosophical and theological considerations. Is leadership a purely secular concern whose interests are alien to those of the kingdom of God? Does it imply the uses of power in ways of which the biblical writers seem profoundly suspicious? What is the status of wisdom garnered from contexts other than that of the Church? Is it arrogant to assume that in the church we have a monopoly on the truth and do we let down ourselves and those whom we serve if we fail to take seriously the proven insights garnered from elsewhere?

There is a noticeable tendency to drift into one of two equal but opposite errors. Some exercise a blanket ban on all consideration of leadership, advocating the excising of the word from our discourse. The church has its own distinctive wisdom and understanding when it comes to its organisation and ordering and we have no need of interference from outside. Others, on the other hand, seduced by the optimism of a good deal of popular leadership works, embrace uncritically all the tenets espoused by secular leadership gurus, and seek to apply them unfiltered to the work of Christian ministry and leadership. There is an alternative and more authentic way forward.

Steven Croft (The Gift of Leadership, 2016) helpfully observes that the Judaeo-Christian tradition represents the longest continuous reflection on leadership in the whole of human history. Throughout that tradition God, our true leader, has sought to share with those who belong to him, responsibility for the exercise of stewardship over his creation and those who inhabit it. As that tradition unfolds, and especially in the light of the leadership example and witness of Jesus and of his first followers, an understanding grows of what shape a benevolent and faithful form of leadership might take. Three features above all seem to define authentically Christian leadership.

Many of the words used to describe leaders in the NT carry overtones of stewardship. Diakonia, one of the most frequently used words in this context refers to service carried out on behalf of and at the behest of a master. Christian leadership is a participation in the work of a master, and is concerned to fulfil the will of that master (rather than any other purpose) to whom we are accountable. This stands as a profound counter to some of the more heroic secular understandings of leadership. Christian leaders are not independent agents but stewards entrusted with sacred responsibility.

God is concerned for the right ordering of all things, for the well being of all those whom he has made, for the establishment of his justice on earth. Christian leadership is concerned to see those conditions created and maintained under which such human flourishing might be enabled. Good leadership plays a critical role in this. Simon Western (Leadership: A Critical Text, 2013) offers a telling analysis of the dangers of neglecting or eschewing leadership. In such situations, far from disappearing, leadership tends to reappear but under a different guise and in an unaccountable way. Many of us will have been part of churches or other organisations in which informal but potent power bases have exercised power and influence having emerged from within a leadership vacuum. One of the key contributions made by legitimate and effective leadership is that it provides a context in which all might flourish and be empowered to fulfil their own unique vocations.

3. Animating the Body of Christ

Leaders exist not for their own benefit but for the benefit of others. One of the key biblical emphases concerning the work of leaders is that their calling is to enable all God’s people to participate in the work of serving God and his purposes. Far from restricting the power of others or exercising power over them, leadership is fundamentally concerned with empowering others and encouraging their growth and fruitfulness.

These leadership insights make obvious sense when deployed in the context of the local church. They offer a positive framework within which helpful secular insights (e.g. strategies to enable the growth and development of others) might be integrated, whilst at the same time protecting us from embracing uncritically other somewhat dissonant secular leadership notions. However, we would equally suggest that such insights have a great deal to contribute to faithful leadership in any context. God is surely concerned for human flourishing, and the equipping of all people to contribute effectively, in every context, whether the workplace, the local community, the family or the church. Far from being mere imitators of the world’s leadership practice, with our rich and lengthy reflection on leadership, those who inhabit the Christian tradition ought to be leading exemplars and opinion formers when it comes to leadership theory and practice. It may just be that a robustly Christian understanding of leadership might be that which enables sceptics to embrace leadership as a positive good, whilst preventing uncritical enthusiasts from rushing headlong into leadership practices which are less than adequate.