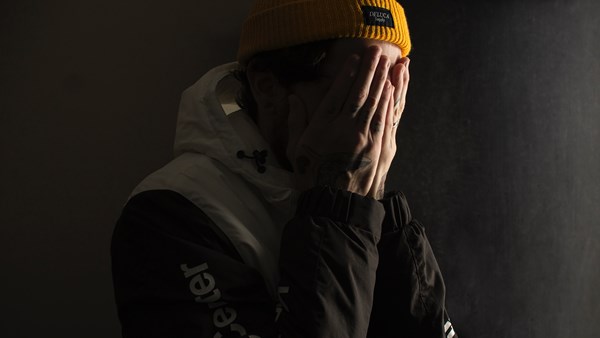 Sally Nash, author of Shame and the Church explains what shame is, and what it can do.

Shame can be interpreted or experienced as feeling flawed, defective, unlovable, contaminated, worthless. It is much more than believing I have done something wrong - that is just guilt. We can feel shame over almost anything and that often comes down to personality and culture. For example, I experience shame when I have done something that I believe to be incompetent. Others, on the other hand, may just laugh that off and not really think twice about it.

While there is a positive dimension to shame - what may be called ‘discretion shame’, which might stop us running down the street naked and helps us maintain boundaries and self respect - my interest has largely been in disgrace shame, what has been called ‘the shame we don’t deserve’.

My experience of shame in the church is that at times it is culturally determined and that people can experience shaming because of all sorts of things which have nothing to do with the gospel and what it means to follow Jesus. These include appearance, accents, upbringing, where you live, your job, the behaviour of other family members. I have too many friends who stopped attending church with toddlers because people’s reactions to them made them feel like a bad parent. Churches can assume levels of literacy or memory when, for example, it comes to saying the Lord’s Prayer and even me as an ordained long term Christian can have no idea in some places when to stand, sit, kneel, cross myself or bow. While not everyone will find these things shaming, some do. We often end up with different levels of shame-proneness depending on our background and experiences. As someone commented in a focus group I ran: 'why would people continue going to church when they are made to feel like bad Christians because of what they do or what they do not do?' It was suggested that one of the reasons Cathedral congregations may be growing is you can turn up to a well-run worship service without feeling any pressure to be on a rota or take on a role.

Churches can promote a certain way of being ‘normal’ and if you do not fit this ‘normal’ it can be hard. I have struggled as a childless married woman with a combination of what it says in the Bible, certainly in an unnuanced reading, and how I have felt excluded when peers started having babies and I didn’t. No one ever said anything, but on a bad day I felt shamed, that there was something wrong with me, that God didn’t bless us with children as he did so many others. I have single friends who feel similarly that they are shamed for being single as if there is something wrong with them.

My shame was triggered as a child at school and ever since then I have been aware of the way that institutions I am a part of can be shaming - and it is certainly not an issue just for the church to explore. However, my experiences have raised my awareness of the importance of seeking to not impose shame over things that are predominantly cultural and which distract and detract people from following Jesus and being part of the body of Christ. Raising awareness is one of my goals in writing a book about shame in the church. So much shaming is inadvertent and people may well be unaware that they have even shamed someone as so many of us try to hide it when we are shamed. I am grateful to the many people who shared stories with me which have helped me become more aware of the issue and more determined to mediate love and acceptance not condemnation.

Revd Dr Sally Nash is Director of the Institute for Children, Youth and Mission. She is passionate about equipping people for ministry and teaches, writes and researches in youth and children’s work, spiritual care and contextual ministry.

Shame and the Church: Exploring and Transforming Practice, is available with a special launch discount until the end of the month.