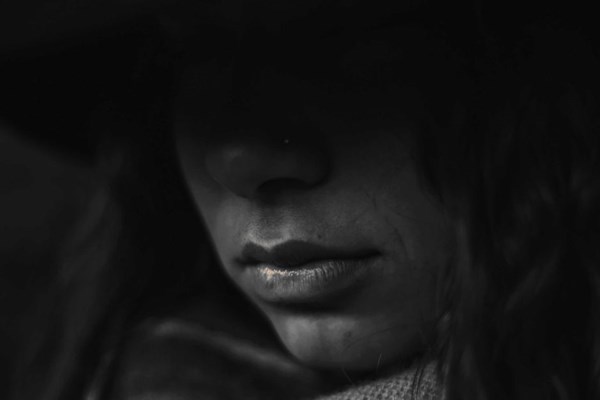 Ninety nine percent of the bible consists of stories focused on men and their words. What about the stories and words of women, the one percent in the shadows? If we focus there, we will become more sensitised to the stories of the marginalised and silenced. There are such riches to be found here, riches to be drawn out of the shadows and into the limelight. Powerful role models to inspire and celebrate.

When did you last hear a sermon on Huldah? She is one of seven female prophets in the Old Testament (Miriam, Hannah, Deborah, Abigail, Sarah and Esther). Huldah appears during the reign of Josiah, the great reforming king, who reigned from 640–609 BC. The brief reference to her comes in  2 Kings 22.14–20 (and 2 Chronicles 34.22–28, which is a parallel account). She is approached by five high ranking religious and political leaders who have been ordered by the king to inquire of the Lord on his behalf. They come to her door! Her words to them are authoritative; she speaks in the manner of other prophets. We only have a few verses about Huldah. A tantalizing fragment pointing to a women of faith and authority. These verses call for a closer look.

What about Abigail? Churches who follow the Sunday lectionary readings will never meet this remarkable woman, since 1 Samuel 25 doesn’t feature. Her story comes just after the death of the prophet Samuel. She is married to Nabal, a boorish brute whose stupidity threatens their family. A crisis comes when Nabal refuses to offer hospitality to David and his men. Abigail handles the situation with faith, wisdom and bravery – going out on a donkey to meet 400 armed men! She shows she is a skilled diplomat who offers theological commentary on events and prophetic insight to David the future king. There is much more to her than this brief outline; she needs to be brought out of the shadows.

Some women in the bible are little more than faces in the crowd, given a name and a brief mention. These snippets must be treasured and pored over. These women on the margins matter. They offer us insights we would miss if we skimmed over them. There is Lydia from Thyatira (Acts 16.1-15) a woman of independent means, head of her household and a member of the local business community. She is spiritually sensitive and responsive to Paul’s message. Furthermore, when Paul and his entourage are released from prison, she welcomes them to her home, risking her reputation by hosting a man who challenged paganism and threated the economic system that underpinned it. That takes courage.

Phoebe is referenced in just two verses (Romans 16.1-2) which don’t feature in the lectionary for Sundays. However, this brief mention is vitally important. We learn she is a deacon and a benefactor – a church leader and a generous woman of some means. Paul thinks very highly of her. Her presence is not to be dismissed by those who feel women should stick to flower arranging and washing up.

Priscilla gets a little more air time, being mentioned six times in the New Testament, in four different books: Acts 18.1‒4, 18‒19, 24‒28; Romans 16.3‒5; 1 Corinthians 16.19 and 2 Timothy 4 19. None of these readings feature in the Sunday lectionary. Along with her husband, Aquila, she worked with Paul. For eighteen months Priscilla had enviable access to theological education at her own table (Acts 18.11). In her we see a gifted theological educator and church leader.

Here in the corners are powerful female role models, those I’ve referenced and many more. Let’s bring them out of the shadows and into the light.

Revd Dr Kate Bruce is an Anglican priest, working as an RAF Chaplain, with a PHD in homiletics. She is an published author with a love of written language and the spoken word, especially preaching.

Out of the Shadows: Preaching the Women of the Bible by Kate Bruce and Liz Shercliff is published at the end of June, but is available to preorder now with a special book launch discount.