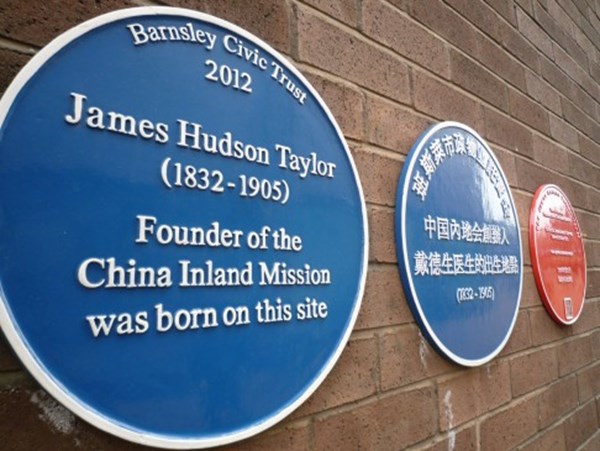 In an extract from her new book Ancestral Feeling, Renie Choy asks: whose inheritance is western Christian heritage?

Each year, the Welsh town of Llanover in Monmouthshire attracts between 1,500 to 2,000 Koreans visiting the chapel associated with Nonconformist minister Robert Jermain Thomas.

Working for the London Mission Society, Thomas had spent only several months along the Taedong river sailing toward Pyongyang and smuggling Bibles at each port stop before he was captured by the Koreans and executed in 1866.

Today, a staggering one third of South Koreans identify as Christian, of which nine million are Protestant and five million Catholic, and more missionaries are sent abroad from South Korea than from any other country apart from the US. As a Times report explains, many Koreans credit the establishment of Protestantism in Korea to Thomas’ distribution of Bibles, and regard him as their ‘spiritual ancestor’.

Among them is the Reverend Peter Cho who describes how, when he first stepped foot inside the nineteenth-century chapel where Thomas’ father had been minister, ‘the tears didn't stop for an hour’, and so moved was he by the sense of connection to Thomas that he ended up moving to Wales and becoming a minister in Caerphilly. (The Times 15 August 2014)

More sensationally, a Daily Mail article from 2012 announces, ‘Forget Lourdes, go on a pilgrimage to Barnsley! Mining town hoping to become top destination for 70m Chinese Christians’.(19 January 2012) The article explains that tourism chiefs in this South Yorkshire mining town are launching a major push to attract Chinese Christian tourists to the birthplace of famous nineteenth-century missionary to China Hudson Taylor. John Foster, chairman of the Barnsley Work and Skills Board, explains that the rationale for this strategy is that ‘(m)ore than 50 per cent of the overseas tourists visiting Britain are Chinese’, many of them Christians who attribute their faith to the Chinese Overseas Mission Fellowship founded by Taylor. ‘One kissed the ground outside Boots. They refer to Barnsley as their spiritual home’, a group member of the Barnsley Work and Skills Board says. Astoundingly, Mr Foster muses, ‘There are more Christians in China and the Far East who owe their heritage to James Hudson Taylor than there are people in Britain’.

If this is true, the insecurity that is regularly displayed by politicians about the threat to Great Britain’s Christian heritage seems to be rather misdirected. For the 2015 General Election, UKIP published a pamphlet titled ‘Valuing our Christian Heritage’: laid over a photo of Hymns Ancient and Modern, the written message from Nigel Farage pronounces that ‘we need a much more muscular defence of our Christian heritage’. Then in her Christmas message in 2017, Prime Minister Theresa May aimed to unify a nation recovering from the shock of multiple terrorist attacks and the vote to leave the European Union, imploring, ‘Let us take pride in our Christian heritage and the confidence it gives us to ensure that in Britain you can practice your faith free from question or fear’. More recently, Danny Kruger used his maiden speech in the House of Commons to lament that ‘traditionally’, there was a sense ‘that our country is rooted in Christianity’ but that ‘Today those ideas are losing their purchase’, and submitting, ‘I know …  that Christianity and the western past are badly stained by violence and injustice, but I am not sure that we should so casually throw away the inheritance of our culture’. Steve Double, Conservative MP for St Austell and Newquay, sought to remind the British public on Premier Christian Radio that ‘we are a nation that is very much built on Christian values and a very strong Christian heritage and we are very much building on that foundation from our history’.

Expressed in terms of a national inheritance, these sentiments highlight a confusion over precisely to whom a ‘very strong Christian heritage’ belongs. The 2011 census found that the number of people professing to be Christian within the England and Wales has fallen overall: the size of this group decreased 13 percentage points from 72% (37.3 million) in 2001 to 59% (33.2 million) in 2011 – and by all indications we can expect this downward trend to be confirmed when the results of the 2021 census are released. This means 4.1 million fewer people were identifying as Christian despite overall population growth.

Furthermore, among the Christian population within the whole of England, those identifying as white (English, Scottish, or Welsh) fell from 32.5 million in 2001 to 27 million in 2011, a fall of 17%. Now if, by ‘our Christian heritage’, politicians have in mind white British nationals, then I agree the concern they express over the threat it faces and the need to protect it is merited. But, in fact, when looking across all other ethnic groups, the proportion of Christians in the UK actually increased between 2001 and 2011.

These statistics show that, despite political anxiety about its threatened survival, resident in the UK are in fact growing numbers of ethnic minority Christians who would very much affirm Christian heritage. That ubiquitous and seemingly innocuous personal possessive pronoun ‘our’ – as in ‘our Christian heritage’ and ‘the inheritance of our culture’ – seems suddenly to disregard vast numbers of people, associating ‘Christian heritage’ with national history and traditions, and conjuring a picture of (to invoke the phrase used by Eliza Fliby) that ‘old trinity of Englishness, Anglicanism and Toryism’.

Indeed, upon hearing the phrase ‘our Christian heritage’, chances are one straightaway imagines pretty rural churches, abbey ruins, gothic cathedrals, the King James Bible, the Book of Common Prayer, boy choristers, and charity schools. Christmas inspires particularly beloved and poignant evocations of national Christian heritage, with carol services by candlelight and children’s nativity plays. To whom do these emblems of Christian heritage belong?

Christianity in this country has paid a high price for its associations with national and ethnic identity, and its failure to understand how much it represents ‘home and family’ to diasporic people. The undervaluing of members of the ‘Windrush Generation’ when they arrived from the colonies to the metropole included the undervaluing of their commitment to English Protestant Christianity – to the Anglican, Methodist, Baptist, and other traditions. It has often been the case that ‘white Christians’ did not take seriously the role that England has played in the lives of those Christianised under its influence, and have not entirely understood the depth of identification with Western Christianity as a forebear in the family of faith.

The answer to postcolonial dilemmas is therefore not to foist a separate lineage upon ethnic minority Christians who have been touched by empire; the answer must lie in stripping the ‘our’ in ‘our Christian heritage’ of its nationalistic and racial connotations.

Ancestral Feeling is available to order now via our website