Ethics in the New Testament 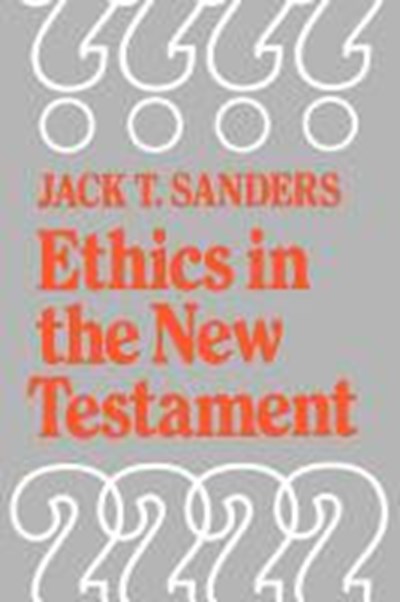 Ethics in the New Testament

Join now Find out more
Publisher: SCM Press
ISBN: 9780334003991
Number of Pages: 162
Published: 18/06/2012
Width: 15.6 cm
Height: 23.4 cm
Description Author Information Reviews
This book puts forward a controversial argument which has not been countered in the decade since it first appeared. Underlying its approach la the view that the New Testament may be of less relevance to the modem world than is commonly supposed. The ethical perspective of Jesus, Professor Sanders argues, is so Inescapably linked to his expectation of the imminent coming of the kingdom of God that the two cannot be separated. Paul shares Jesus' expectation of an imminent end, and consequently makes frequent use of arbitrary divine pronouncements, and so on. Professor Sanders makes it quite clear that the years have not made him change his mind over essentials. Of course, scholarship has moved on. but, 'If I were revising the present work I would still continue to hold that Jesus provides no guide for ethics today, that Paul's ethics are equally eschatotogically orientated, except for his brief glimpse of the transcendence of love; and also that John's simple ethics are intended to be valid only in the church, not generally. I would also still maintain that James offers more promise for providing a continuing Christian ethical base than do the other New Testament writers, for it is James who best points beyond the disappointment of eschatological hopes to the real world and to everyday problems.' Controversial this thesis may be, but there is much to be said for it and it cannot be pushed aside. Jack T. Sanders was Professor of Religious Studies In the University of Oregon,