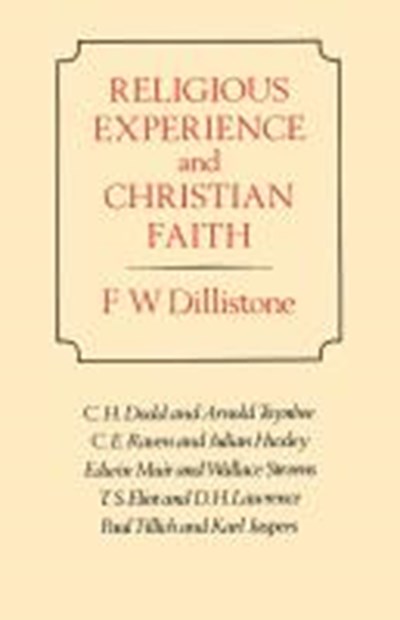 Join now Find out more
Publisher: SCM Press
ISBN: 9780334014225
Number of Pages: 128
Published: 12/06/2012
Width: 14 cm
Height: 21.6 cm
Description Author Information Reviews
The 1880s saw the birth of a remarkable group of figures: William Temple, Teilhard de Chardin, James Joyce, D. Fir Lawrence, Ezra Pound, Karl Barth, Rudolf Bultmann, to name only a few. All attained maturity in the decade immediately preceding the First World War, but they differed markedly from one another. In this book, Dr Dillistone looks at the careers of five pairs of men born in this period, all eminent in some department of the arts or the sciences. In the case of each pair there has been the sharing of a common interest and a common discipline; yet in the case of religion and the interpretation of religious experience there has been a contrast. Is it possible to suggest what may have been responsible for the agreements and differences, and is it possible to derive from the writings of these figures insights to help us understand more clearly the division that still exists by those happier to think in terms of general religious experience and those whose commitment is to Christian faith? The five pairs chosen are C. H. Dodd and Arnold Toynbee, C. E. Raven and Julian Huxley, Edwin Muir and Wallace Stevens, T. S. Eliot and D. H. Lawrence, Paul Tillich and Karl Jaspers. A final chapter draws some fascinating conclusions from a study which combines illuminating biography with penetrating insight.