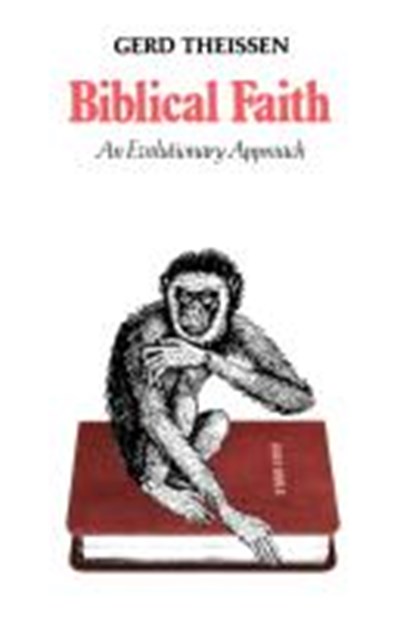 Join now Find out more
Publisher: SCM Press
ISBN: 9780334018957
Number of Pages: 208
Published: 01/10/2012
Width: 14 cm
Height: 21.6 cm
Description Author Information Reviews
This book amply confirms that Gerd Theissen is the most exciting of contemporary German theologians, and could well prove to be for the 1980s what Teilhard de Chardin's The Phenomenon of Man was for the 1960s. All too often, Professor Theissen argues, scientific criticisms of Christianity, whether literary, social or psychological, stop short before reaching the heart of their investigations, suggesting that the central theological statements of the Christian faith can be made independently of their findings. But what happens if we press the questioning as far as it will go, refusing to leave any privileged ground for religion? As a framework for his critique Professor Theissen uses the theory of evolution, though well aware of its negative connotations. He is not so naive as to associate evolution with naive optimism about progress; progress has brought humanity to the point where it may well destroy the world. Nor does he ignore the difference between biological evolution and human history; the distinction between biological evolution and cultural evolution is crucial to his argument. The result of the investigation surprised even the author. When we refuse to stop short at the innermost sanctuaries of the tradition with modern scientific questioning, the tradition shows up in quite a new, yet still plausible light. And our understanding becomes all the richer. Not only those interested in the relationship between religion and science, but anyone with the slightest curiosity about religious questions, will be fascinated by this book.

Gerd Theißen is a German Protestant theologian and New Testament scholar. He is Professor of New Testament Theology at the University of Heidelberg.