Public Theology in a Post-Secular Age 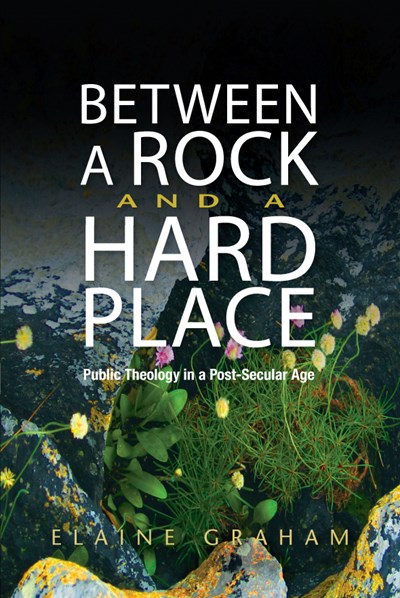 Public Theology in a Post-Secular Age

Join now Find out more
Publisher: SCM Press
ISBN: 9780334052944
Number of Pages: 296
Published: 31/07/2013
Width: 15.6 cm
Height: 23.4 cm
Description Author Information Reviews
Public theology is an increasingly important area of theological discourse with strong global networks of institutions and academics involved in it. Elaine Graham is one of the UK's leading theologians and an established SCM author. In this book, Elaine Graham argues that Western society is entering an unprecedented political and cultural era, in which many of the assumptions of classic sociological theory and of mainstream public theology are being overturned. Whilst many of the features of the trajectory of religious decline, typical of Western modernity, are still apparent, there are compelling and vibrant signs of religious revival, not least in public life and politics - local, national and global. This requires a revision of the classic secularization thesis, as well as much Western liberal political theory, which set out separate or at least demarcated terms of engagement between religion and the public domain. Elaine Graham examines claims that Western societies are moving from `secular' to `post-secular' conditions and traces the contours of the `post-secular': the revival of faith-based engagement in public sphere alongside the continuing - perhaps intensifying - questioning of the legitimacy of religion in public life. She argues that public theology must rethink its theological and strategic priorities in order to be convincing in this new `post-secular' world and makes the case for the renewed prospects for public theology as a form of Christian apologetics, drawing from Biblical, classical and contemporary sources.

This timely book provides a thorough and helpful overview of where we are and where we might be going. Recommended reading for anyone interested in Christian public engagement. -- Elizabeth Oldfield This is a ground-breaking work. Graham, the British doyen of public theology, recasts the whole Christian theological enterprise in the public context of post-secular societies internationally. She thus reinterprets Christian apologetics, and indeed Christian existence, in the multi-religious context of the global community. For any concerned with the James HaireChurch's future, this is a seminal study. -- James Haire AC Graham offers us an extraordinary resource for equipping religious leaders and laypersons as public practical theologians in a post-secular age. Her analysis is at once wide-ranging and incisive. Her proposals for a Christian apologetics of presence in public life richly articulate an understanding of theology as a vocation whose end is transformative, articulate practice that seeks justice and well-being for all humanity. -- Nancy Ramsay Elaine Graham has done a great service to all who are seeking for, or committed to, a faith-based, intellectually defensible vision, able to guide our thoughts and actions in this globalizing era. She offers a discerning survey of the fields that have to be cultivated if theology is to speak effectively to the complexities, conflicts, and world views we face today. She identifies the most promising bodies of religious, philosophical, and social scientific literature, carefully sorts the gold from the dross in them, and weaves a challenging and inviting, often compelling vision of a revitalized church guided by a public theology for a cosmopolitan civil society. Key to this vision is the significance of resurgent movements that supersede the presumed rock of Christendom and the emptiness of those movements that attempt to establish systems of knowledge, communities and empires on secular bases that deny faith a public voice. Instead she sees new possibilities in the fresh dynamics of belief and in the new dialogues of religion and science. Between the rock and the hard place she finds fields of meaning that, rightly treated, could serve as fertile ground for civilization-building. This is the most significant volume of its kind I have seen in the last two decades. -- Max L. Stackhouse