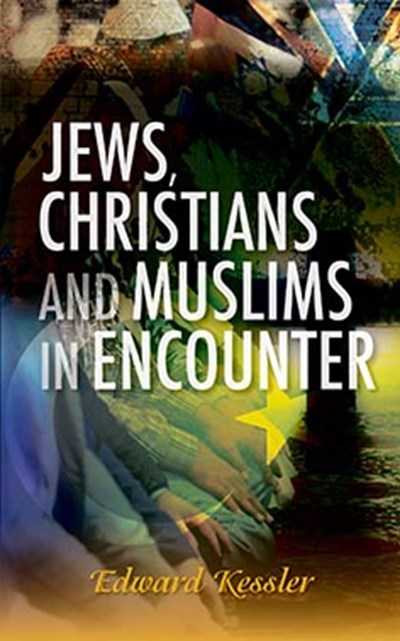 Join now Find out more
Publisher: SCM Press
ISBN: 9780334052975
Number of Pages: 290
Published: 31/05/2013
Width: 15.6 cm
Height: 23.4 cm
Description Author Information Reviews
This book reflects on one of the most pressing challenges of our time: the current and historical relationships that exist between the faith-traditions of Judaism, Christianity and Islam. It begins with discussion on the state of Jewish-Christian relations, examining antisemitism and the Holocaust, the impact of Israel and theological controversies such as covenant and mission. Kessler also traces different biblical stories and figures, from the Hebrew Bible and the New Testament, demonstrating Jewish-Christian contact and controversy. Jews and Christians share a sacred text, but more surprisingly, a common exegetical tradition. They also need to deal with some of the more problematic and violent biblical texts. Jews, Christians and Muslims includes reflection on the encounter with Islam, including topics associated with a divergent history and memory as well contemporary relations between the three Abrahamic faiths. Kessler's writings shed light on common purpose as well as how to manage difference, both vital in forming a positive identity and sustaining a flourishing community.

Edward Kessler is a distinguished scholar, author and commentator on relations between Jews, Christians and Muslims. He is Founder of the Woolf Institute and Fellow of St Edmunds College, Cambridge. His publications include `Bound by the Bible: Jews, Christians and the Sacrifice of Isaac' (Cambridge University Press, 2004) and `An Introduction to Jewish-Christian Relations' (Cambridge University Press, 2010).

These essays by one of Europe's foremost Jewish scholars of Jewish-Christian and Jewish-Muslim relations provide many keen insights into developments in interreligious relations over the past fifteen years. But that is not all! In addition, Edward Kessler points ahead to important future tasks. He calls for "exegetical relativity" in interpreting scriptures; for bringing dialogue into the mainstream of Jewish concerns; for reckoning with the impact of globalization on interreligious relations; for greater study of the mutual influence the Abrahamic traditions have had on each other; for explorations of how Judaism might serve as an intermediary between Christianity and Islam; and, above all, for all three communities to remember the past for the sake of their common future. -- Philip A. Cunningham, Ph.D., This volume represents another highly readable, topical contribution by Kessler. The subjects covered include helpful overviews of generational shifts, global changes, and institutional statements, as well as a range of insightful biblical studies and explorations of the place of Islam within interfaith dialogue. Altogether, this collection of essays offers a fascinating window onto the developing world of Abrahamic Faith studies. -- Daniel Langton This volume from one of the UK's leading practitioners of, and reflectors on, relations between and among the Abrahamic religions, provides valuable insights into many different aspects of their inter-relationship, including their texts, both scriptural and contemporary, and the dynamics of the relationship between them on a community level, both in the West and in the Middle East. -- Hugh Goddard