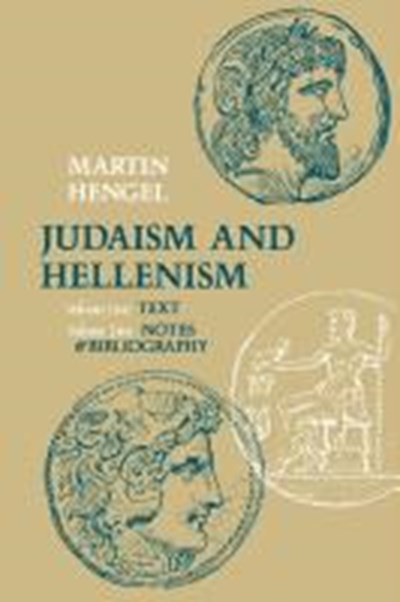 Join now Find out more
Publisher: SCM Press
ISBN: 9780334053057
Number of Pages: 666
Published: 19/06/2012
Width: 15.6 cm
Height: 23.4 cm
Description Author Information Reviews
This is the fascinating story of a group of reformers who tried to go too fast, bungled their reform, and so changed the course of history. Hengel's thesis is that Hellenistic influences were, and had been for centuries, smoothly penetrating Judaism even in Jerusalem; there was respect on both sides between Jew and Greek. Then the Greek party tried to go too fast, make Hellenization obligatory and outlaw the Law. This occasioned a furious defensive reaction; Judaism clammed up, became xenophobic and rigoristic, producing the attitude which in its turn created the defensive reaction of anti-Semitism which has stained so many centuries. The defensive rigidity set up in Judaism made it unable to respond to Jesus' creative reinterpretation of the Law, and so led to the rejection of Christianity. This is a truly important scholarly work. The exhaustive collection of evidence will make it a fundamental textbook for the period' (The Tablet). `A foundation book and essential as a source book and as a guide to trends in present research' (The Expository Times). Martin Hengel was Professor of New Testament and Early Judaism in the University of Tubingen.