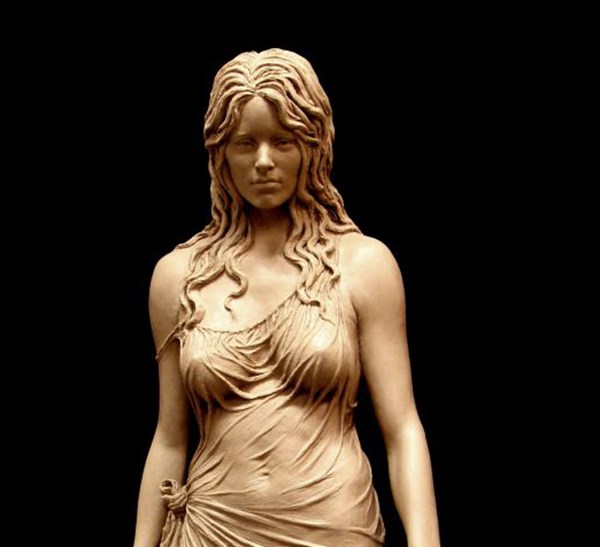 In an edited extract from the introduction to her book Bathsheba Survives which we’re publishing soon , Sara M. Koenig introduces us to the many lives of the Bible’s most enigmatic character

When people have found out that I am researching Bathsheba, responses have ranged from frank curiosity to rude dismissiveness. One student asked me, “Why do you like her so much?” while a colleague—in an attempt at a joke—said, “And your book can be titled Everything You Never Wanted to Know about Bathsheba.”

While I think the colleague in particular could have used some etiquette tips on how not to devalue another’s research interests, I understand these responses because Bathsheba is a minor biblical character. She appears in a grand total of merely 76 verses: just four chapters in Samuel–Kings, mentioned in the superscription to Psalm 51, and only alluded to in the genealogy that begins the New Testament.

Moreover, the texts that do speak about Bathsheba are riddled with gaps, or holes in the narrative where details are lacking. If that chapter, where Bathsheba first appears, does not tell much about her, neither does the final chapter in her story; she fades away in 1 Kings 2 without a report of her death.

However, the post-biblical reception of Bathsheba is rich and extensive. She has not only been characterized on the spectrum from helpless victim to unscrupulous seductress; but also, she has filled that spectrum. It might seem that the sparse profile of biblical Bathsheba stands in stark contrast to the varying interpretations of her through the centuries, but they are, in fact, related.

Gaps in any text give it both peril and promise. At times, readers have filled in the gaps concerning Bathsheba in such ways that the story becomes a tool for either anti-Judaism or misogyny; such consequences are more evident with the benefit of hindsight.

But the gaps in the text are what make the text more interesting and curious, and what invite the reader to participate dynamically, in making meaning of the text. In fact, without the involvement of the reader, there is so little to Bathsheba that she is—as has often been the case—completely overshadowed by the richer, more complex, and dominant characters in the chapters: David and Solomon, and even Joab and Nathan. Were it not for readers filling in the gaps, Bathsheba would be a mere parenthesis, or footnote, to the grand story. If there is no active reader, there is no Bathsheba surviving through the centuries.

While Bathsheba says very little, she does speak. Not much is known about her, but she is no Jane Doe: we know her name, and the name of her father and her husband. She is acted upon, but she also acts.

With the gaps that are present (for example, why does she send the message of her pregnancy to David in 2 Sam 11:5? Why does she ask Solomon to give Abishag to Adonijah in 1 Kgs 2:18–21?), the reader is invited to answer the questions that are left unanswered by the taciturn Hebrew narrative.

Without the gaps in Bathsheba’s motives and feelings, her character would be so predictable or so functionary that she would not be worth noting. Bathsheba’s character is given dry bones by the narrator; it is up to the reader to flesh out her character, to give her breath and sinew, and to allow her to live. It is Bathsheba’s sparely drawn character that makes the reader’s activity so significant.

“Here’s why I like Bathsheba,” I told my student. “She reminds me not to make assumptions about people when I know only part of their story.” If I saw that student today, I would add that Bathsheba’s character also serves as a reminder that the future can be different from the present. She reminds me to keep asking, “What happens next?”