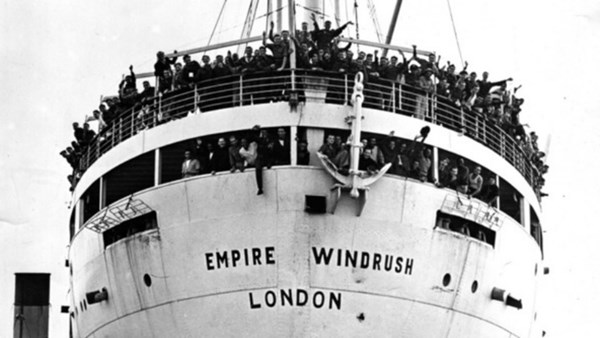 AD France-Williams, offers his thoughts on the Church of England General Synod's apology for racism in the church.

If, though unprovoked you came over to me and hit me so hard that I fell to the ground and began seeing cartoon birds swirling around my now lumpen head, I would be vexed. If, realising the vicious act caused me pain, you then crouched down apologised saying: ‘I am sorry and ashamed’ and helped me up, I would be wary but might take your hand. In time I might even join you for a drink, as long as you were paying.

Let us replay the scene: If, having struck me, you left me dazed, pawing after the imaginary birds and nursing my crimson noggin, for two years, I would be beyond vexed! If somehow I managed to crawl out of the gutter and discovered your location and that you were having a drink with your mates and I screamed: ‘What did you do that for! You hurt me!’ And then you said: ‘I am sorry and ashamed’, surrounded by your disappointed friends, it feels quite different to scenario number one.

In the first instance, a mistake is made but the contrition and compassion kick in and you take your courage and seek to repair the wrong, willing to accept the consequences. In the alternate version of events one has to ask what the motives of the apology might be, as they appear mixed at best. It appears as if it is a response to the bleeding victim standing before you, with the eyes of your peers upon you.

In the current sitting of General Synod in February 2020 Fr. Andrew Moughtin-Mumby shared stories pertaining the pain of those of the Windrush generation who were treated poorly by the Church of England, rejected by their Christian brothers and sisters because of their ethnicity. Moughtin-Mumby submitted a motion calling for an apology from the church, and for lament and an acknowledgment of institutional racism and a indication of a willingness to stamp it out. In other words: ’What did you do that for? You hurt me!’

The response of Archbishop Justin Welby is reported in the Independent:

Mr Welby, in off-the-cuff remarks given after he said he felt the need to “ditch” his prepared speech following Rev Moughtin-Mumby’s words, told the Synod he was “almost beyond words”.

He said: “Personally, I am sorry and ashamed. I’m ashamed of our history and I’m ashamed of our failure.” He added: “There is no doubt when we look at our own church that we are still deeply institutionally racist. Let’s just be clear about that. I said it to the College of Bishops a couple of years ago and it’s true.”

He said it two years ago to the College of Bishops? Then why is it only now, after a private members motion is put forward and an apology requested, is one offered?

The apology was a confession of sorts. Sunday by Sunday, balding bespectacled men, and grey haired respectable women, alongside snotty toddlers, and smart couples hoping for C of E school places say the following words.

These are the three keys necessary to unlock the door to real change. What are the thoughts of the church and its senior members in regard to race and ethnicity - that of themselves, as well as that of others? We are used to words, and I now want to know what the deeds of the church might be?

The Archbishop saying sorry could feel cheap. But Archbishop Rowan Williams said that rather than being unnecessary and cheap to just say sorry, sometimes it was 'necessary, and costly'.

But that was in 2006 when a mixed apology appeared for the benefit the church had derived from the transatlantic slave trade. Synod then overwhelmingly agreed to issue the apology.

‘Although the motion was passed unanimously, the synod stopped short of endorsing a specific call for financial or other reparations.’ (Guardian, 9th Feb 2006)

So thoughts, and words from Rowan but in the end no deeds. On that occasion the debate parameters were adapted by the Archbishop towards issuing an apology in response to harrowing stories of the churches own slaves being branded, and the church being paid compensation from the government of the day.

So, we have two Archbishops reacting to the pain before them, and making promises in the moment. The recent synodical drama has echoes of the former. I wonder where Synod will stop short this time round?

Justin told the Synod he was “almost beyond words”. I think a period of silent reflection could have been beneficial for everyone there. Beyond ‘words’ in the liturgy are ‘deeds.’ I pray we learn to live beyond words. Then the rest of the prayer can be said with a truth which sets all free.

In your mercy
forgive what we have been,
help us to amend what we are,
and direct what we shall be;
that we may do justly,
love mercy,
and walk humbly with you, our God.