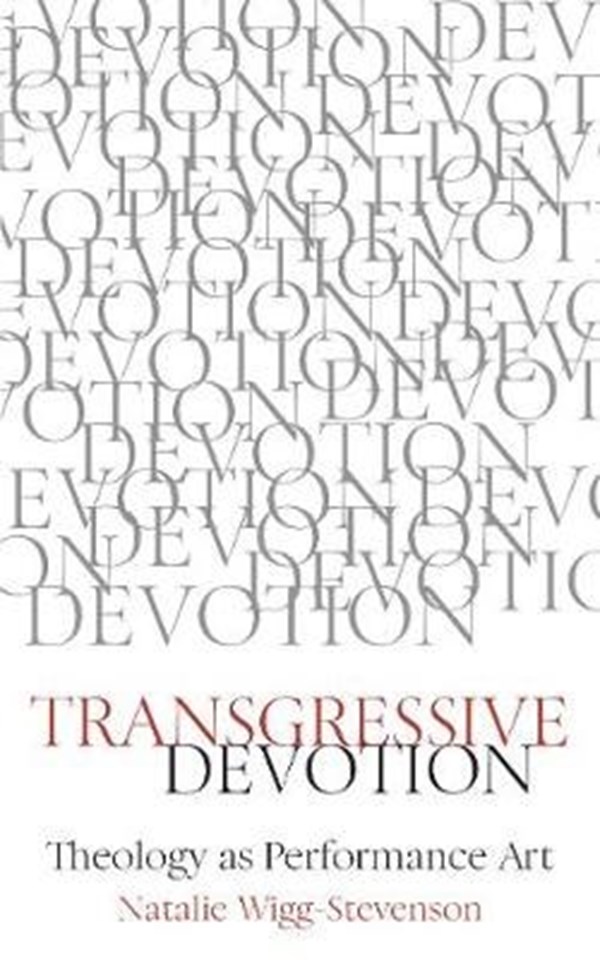 My husband Tyler and I get to the restaurant first. Miriam and Gary arrive a few minutes later. Oblivious to the restaurant filling up around us, we emerge from conversation only because Elaine causes a stir when she rushes through the door with her long coat and new boyfriend Jake both fanning out behind her.

Apologies for lateness are offered, but not needed, and we all rearrange our seats so that Jake, who has a mild hearing impairment, will be able to keep up with the rapidly moving conversation. Jake is new to our circle, so the rest of us – who all became friends through church – are eager to make him feel welcome in the group.

Over the course of the evening we get to know Jake better as he tells us an almost unbelievable story about his winning stint on the game show, Jeopardy. We help Miriam think through the pros and cons of a potential promotion at her work. We all probe Gary with questions about a documentary he is filming on immigration issues and the church. And Tyler and I try to convince the group to come on a hiking trip we do each spring with some old seminary friends. Towards the end of the night Elaine asks me how my dissertation fieldwork is coming along.

“It’s fine,” I say – “actually, I’m captivated by this image that came up one evening in the ‘God as Trinity’ [Sunday night] class.” Rickie, one of the class members, had been grappling with God’s eternal nature, and she used the metaphor of Alzheimer’s disease to try to clarify her understanding.

What do you guys think? Do you think God is capable of forgetting?”

Elaine begins, “Well, as Christians we strive to forgive, but forgetting is beyond us.” In that way, then, God’s forgetting might indicate a perfecting over human forgiveness.

This doesn’t sit right with Jake, though, who wonders if forgetting can cheapen forgiveness. “Alzheimer’s,” he notes, “isn’t a purposeful or intentional forgetting. If a Holocaust survivor now has Alzheimer’s and is cared for by Germans, is that healing or is it cheapened?” Gary seeks clarification by asking if forgetting would be permanent for God. “We can forget something and then remember it later. What type of forgetting are we talking about here?” Jake leans in, “Yeah, like, if you got a lobotomy, you might forget who has hurt you, but you haven’t forgiven them.” “Sequence, then, seems to matter,” Tyler concludes.

Elaine breaks the silence: “I don’t know. It feels like we’d lose God’s omnipotence. Alzheimer’s patients still have all the mechanisms. They just don’t work. How would it be for God? Doesn’t the power feel different?”

It makes me think about all the levels of consciousness we just don’t understand,” adds Miriam. She seems a bit distracted, and I want to ask her what’s wrong, but the conversation is moving too quickly to change course. “Yeah, I guess I wouldn’t want to use the image to say that God actually has Alzheimer’s disease,” I clarify for myself as much as for them.

Ever since Rickie made her statement in class, I had been thinking about the image metaphorically and through the doctrinal loci of theological anthropology and revelation. I wasn’t thinking about the nature of God in Godself. As an academic theologian, I perhaps separate my doctrinal categories out too neatly, and I realize now that I had been unconsciously protecting the doctrine of God from decay in so doing. My friends’ more literal engagement, however, takes it to some place much more radical, and I want to follow them there.

“With the disease, it’s not just about them forgetting, but about how you react to being forgotten,” Jake says. “Can I still care about someone who has it? It’s a challenge to your memory as much as theirs.” We all sit with that for a moment.

Miriam speaks next. Her eyes flutter upwards slightly, as if she is trying to access her own memory correctly. “My grandmother had Dementia. She hugged me once, and then asked me who I was. She knew I could be trusted…even though she didn’t know who I was. And I remember thinking, ‘How Divine! To see everyone as someone who is in your family!’”

Perhaps it is too much for Elaine. At least, the feeling brings it home for her. “No! I want God to know who I am. That’s the whole point…we’ve been together for thirty-seven years.” She pauses and continues, “I can start praying at any point, God knows who I am, knows the people I pray for by their first names. I love the idea of him forgetting the bad things about me, but even those are part of who I am.”

As I listen to her voice rise, I realize I too want God to remember all our names. But there is an undercurrent to that want – perhaps an undertow – and that’s a simultaneous longing for a God who loves me enough to keep on loving me, even once he’s forgotten who I am.

The morning I woke up no longer believing in God, I knew I couldn’t rush to resolution. Like Elaine, I’d been with God for thirty-something years. He knew the people I prayed for by their first names. I loved the idea of him forgetting the bad things about me, but even those are a part of who I am. And I wanted God to know me as I was. But it didn’t feel like he did that morning. In fact, it seemed he didn’t recognize me at all. And that hurt.

Nevertheless, I knew I had to wait, to stay present to the pain. The risk inherent to my desire to be known is that I can replace the all-knowing God with an idol of God’s knowledge (or, worse, with my knowledge about him). I wanted to avoid those idols, because they were ones I’d projected so many times before.

Theology has questioned God’s omnipotence. It has grappled with God’s impassibility. His omniscience, however, remains intact. To break the idol of God’s knowledge, then, we need to play for a moment with the imagined possibility that God doesn’t know everything. Experiment with what it would mean if there were some things he’s forgotten. Because that’s sure what it feels like, sometimes. And it’s the affect that we’re writing here.

Something shifted for me that morning. It would have been all too easy just to assert, no, I am remembered. God remembers me. I could have said those words, but I they wouldn’t have felt true. Instead I had to accept I’d been forgotten.

So, I harnessed that desire to be known, to be remembered. I held my desire suspended in the rhythmic pulse of a pause that was willing to wait on God’s desire to chase me back. It wasn’t about playing hard-to-get. I’m not so coy. It was, rather, about submitting to the strangeness of God’s time, which isn’t anything like the impatience of my own.

God’s time is, as Rickie helped me to see, like the eternal time of a broken memory’s unwavering connection to the present. So, I waited in the present to be recalled. Even as every moment of that presence was excruciating.

One of Christian ritual’s key purposes is to forestall the threat of faulty memory. Not God’s forgetting, of course, but ours. Gathering for communion, we remember together the night that Christ was betrayed and the day he was forsaken. Because it’s easy to forget from Sunday to Sunday. Implicitly at least, at the table we grapple with how the devastation of the cross can possibly form the foundations of our faith. At least for a moment, if it’s truly an act of recollection, anamnesis should hurt.

Vital though anamnesis is, though, it’s not enough. Anamnesis has to bend to epiclesis. If anamnesis is how we re-animate God’s spirit in flesh – we remember him to re-member him – what do we do when he forgets to show up? “With the disease,” as Jake put it, “it’s not just about them forgetting but about how you react to being forgotten…It’s a challenge to your memory as much as theirs.” When God fails to appear, I have to recall him nonetheless, and bid his Spirit come down.

Even in his absence on that morning, it felt like God was calling me towards a new way of living in the world. A new way for which I wasn’t quite ready. I was being called into the posture of waiting: a stretched-out remembrance of things past that might one day be again. Anamnesis opened to the Spirit’s epicletic illumination.

Facing the potential of God’s faulty memory allows anamnesis to bend to epiclesis in unexpected ways. A recollection of the God who has forgotten us invokes his presence as a fleeting flash of memory – his and ours inextricably entwined. Recollection becomes invocation, incantation. For a moment, we’re no longer alone. For a moment, we no longer have to be afraid. God remembers himself and, we hope, remembers us too in the momentary glow of the ritual – just a moment of lucidity before he retreats again.

Perhaps this time, he’ll retreat yet further still. As often as that flash is lucid, it can return as confused affection. In these moments, we really do have to pause and reset the table. Because at these family gatherings, Miriam’s grandmother performs the role of the Father. She hugged me once, and then asked me who I was. She knew I could be trusted…even though she didn’t know who I was. God might have forgotten who I am, but he knows that I’m still his. And I remember thinking, ‘How divine! To see everyone as someone who is in your family!’

Many of us know well the pain of loss that can be felt when it seems someone is slipping away from us, the years of wondering if this is just the fuzziness of age or something more. The first time I saw my loved one’s eyes look upon me with confusion wrecked me. Yet, from that wreckage, something did emerge. New possibilities for and re-configurations of relationship. Emergences of new self. Just not the self towards which I’d been reaching.

On that morning I woke up no longer believing in God, the only place I could go was to the foot of the cross. Not to understand it but to be enveloped by it. To face the abyss of being forgotten, being abandoned – and risk falling all the way in. And then to linger, even loiter, in that place where eternity and time, death and life, despair and hope and all we’ve lost and still might gain embrace. To allow the bend from anamnesis to epiclesis to stretch out.

God’s Spirit cannot be grasped, but it does pour out, descend, spill from the table to our hands into our mouths, deep into our bodies. The eternal dance of death and time and breath and flesh penetrating each other as waves crash from ocean to shore to ocean unto eternity. Perhaps then he slips away once again. Or maybe, maybe he lingers too.

Transgressive Devotion is out later this month, and available to preorder now.