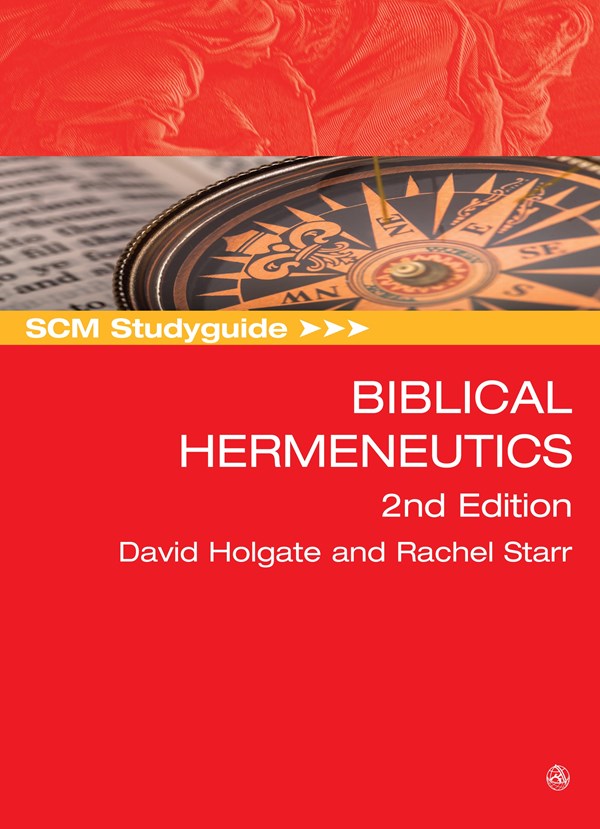 Rachel Starr, co-editor of the 2nd Edition of the SCM Studyguide to Biblical Hermeneutics, reflects on what she learned in the process of updating it for the new edition.

Over the past year, I’ve been working with David Holgate on a revised edition of the SCM Studyguide to Biblical Hermeneutics. The first edition came out in 2006, and, as we began to discuss revisiting it, we quickly became aware of both what had remained constant and what had changed since then.

If reading the Bible is a little like a conversation that lasts a lifetime, then it makes sense that we might be asking different questions today in comparison to a dozen years ago. If we met up with a friend who we hadn’t seen for a while, while some questions might stay the same (How are you? How is the family? How is work? Are you well?), others will change as the years pass and we move through different stages of life. So too with the Bible: we hope our conversation will have grown, deepened and become more nuanced as we become both more familiar with the text and, perhaps, less certain about how the conversation will end.

In the process of revision, we noted a number of changes to the way we study the Bible. One very obvious change has been the impact of digitalization on many aspect of our lives, including how we read the Bible: increasingly on a tablet or mobile phone screen, making it easier to compare translations or search for key words, but harder to get a sense of how a particular passage fits in its wider context. In addition, online study resources such as Bible Odyssey and the Visual Commentary on Scripture have made critical scholarship and creative interpretation of the Bible more accessible.

Another change has been to what we might read alongside the Bible. There has been increased interest (perhaps through greater online access) in early Christian texts such as the Shepherd of Hermas and Acts of Paul and Thecla. How might these texts help us understand some of Paul’s letters, for example? Second, there has been growing interest in the value of reading the Bible alongside people of diverse faiths and in conversation with other sacred texts, notably through Scriptural Reasoning groups. Third, following the example of womanist interpreters, we’ve seen how less formally recognized ‘sacred texts’ can be drawn into biblical interpretation. An example we use in the book is Rachel’s reading of the poetry of Liz Berry to explore themes of belonging in the Bible.

There have been changes too in how we understand ourselves as readers of the text. In revisiting the chapter on identity and context, we reflected that no-one is normative, and everyone is complex. This led us to ask questions about, for example, how male readers are helped to reflect on their own identity and on how masculinity is explored within the biblical text: How do we read a character as complex as David, for example? As two white readers of the Bible, we considered the African, Asian and Mediterranean context of the Bible, recognizing that few biblical characters look like us and asking how that insight might provoke more careful interpretation.

Finally, we noted a wider range of reasons for reading the Bible: both formative and informative. If we are Christians, how does the Bible form and shape us in the task of following Christ?  How do we seek to embody God’s word in our discipleship and mission? How does our reading of the Bible encourage us to act justly, love mercy and walk humbly with God? (Micah 6.8)

So yes, perhaps reading the Bible is a little like a life-long conversation with friends, a conversation that deepens over time as we seek to better understand and respond to God’s word.

A longer version of this article first appeared in The Methodist Recorder, 28 June 2019.

The SCM Studyguide to Biblical Hermeneutics, 2nd Edition is published later this month and available to preorder now