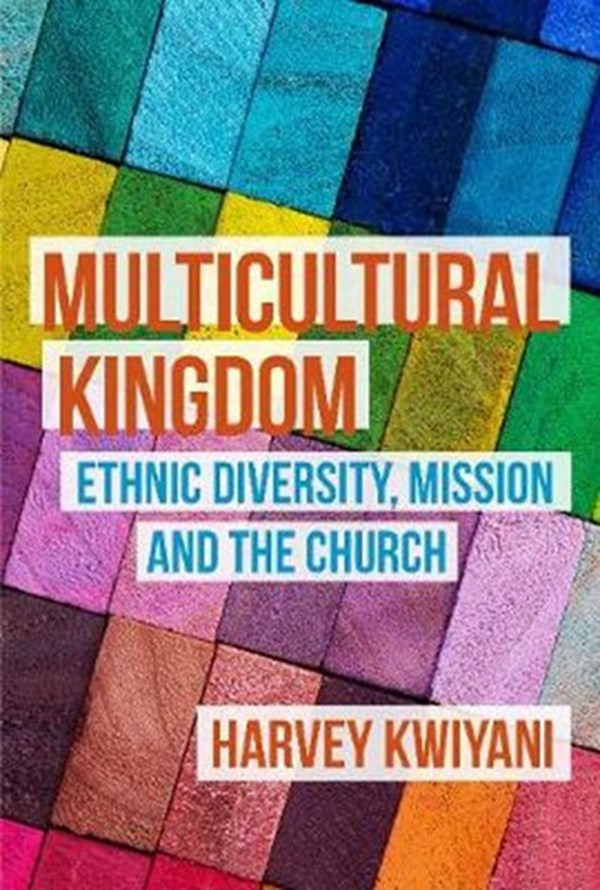 After this I looked, and there was a great multitude that no one could count, from every nation, from all tribes and peoples and languages, standing before the throne and before the Lamb, robed in white, with palm branches in their hands. (Rev. 7.9)

I usually discuss my missiological writings with my mother. Her name is Hilda, and she lives in Malawi where she has led a congregation for more than 30 years together with my father, Jonathan. I find her to be a great critical sounding board who helps me disentangle some of my thoughts when they become convoluted. Her experience and wisdom have been significantly helpful to me along my journey of thinking about mission in a context that is extremely different from where I grew up.

The first time I brought to her the argument of this book, she was both excited and perplexed. She was excited because she hoped to get some theological insights out of this book to help her shape the multicultural community that she leads in rural Chiradzulu, in southern Malawi. Diversity for her and her community is a social phenomenon that happens naturally with-out any theological intentionality, and she hoped that in this endeavour she could find ways to embed her praxis in solid theological foundations.

Yet she was also perplexed, because to her cultural diversity among Christians is a given. There is no other way to conceive of the ­ekklesia apart from it being a multicultural community of followers of Christ worshipping and serving God wherever they have been scattered around the world. After a few days of careful reflection on the subject of this book, she asked me: ‘What do you mean when you say a multicultural ­kingdom?’ She needed an explanation because as far as she is concerned it does not make sense for one kingdom to have two cultures. The kingdoms that she knows, especially those in southern Africa, have one culture, or something extremely close to one culture. They are established around a set of kingdom-wide values and languages that make it impossible for people to have more than one culture. No sane king would allow a multi­plicity of cultures in his kingdom. A few days after this conversation, my mother called me to correct herself. She had realized that cultural diversity­ among Christians in the world means exactly this – the kingdom of God is elastic enough to hold all cultures of the world. Indeed, the kingdom of God is one in which all nations, tribes and tongues belong. She gave me an example that drove the point home; the United Kingdom is one such kingdom. The English, Scottish, Welsh and Northern Irish live together under one monarchy.

Still, she was bewildered to hear that Christianity here in Europe and North America has not yet figured out how the nations, tribes and tongues can belong together in worship, that the body of Christ in the West is segregated, that even among African Christians in Europe and North America it is almost impossible to have a multicultural church. She could not understand that in the West, generally speaking, black ­Christians ­worship with fellow black Christians; white Christians worship­ with fellow white Christians; the same goes for Latin American­ and Asian ­Christians. She was taken aback when I told her of the ‘black majority­ churches’ in London (which is a more generous way of describing ­Nigerian congregations, Ghanaian congregations, Congolese congregations, and many others). ‘Why do you have to qualify the nature of a congregation by race, ethnicity or nationality? How can that be?’ she wondered. I told her that both in the United Kingdom and in the United States, more than 85 per cent of all congregations are made up of people of the same race (and usually of the same social status). Suddenly, she remembered some words of Martin Luther King: ‘Sunday morning is the most segregated hour of the week.’ I said that Sunday morning is still the most segregated hour today, just as it was 50 years ago. She went quiet on the phone for a few moments, and then, in a disappointed motherly tone, she said, ‘Tell your friends, you do not know what you are missing.’

My mother lives in rural Malawi and so her concern for cultural ­diversity is not based on racial segregation – she probably has never had a racist encounter in her adult life (she spent her first 15 years on a ­colonial farm in Zimbabwe). Her immediate context understands cultural diversity in ethnic and tribal terms. (And yes, I use the word ‘tribe’. It is high time we redeemed it from its pejorative colonial baggage. My evangelical friends will be glad to hear that it is also biblical.) Indeed, cultural diversity for most of the world is a tribal or an ethnic phenomenon. I still remember the child in Austria who almost fainted when he saw me because he had never seen a black person before. He could not resist the urge to touch me to see if I was real, and then in utter amazement looked at his hand to see if it was black from my skin. An overwhelming majority of the world’s population never have to deal with significant cross-racial relations.

Yet, my mother’s concern is not even about tribal segregation. People in my home area do not segregate or discriminate neighbours for ages even though they belong to different ethnicities­ and, sometimes, religions. They have shared their lives together for generations – many have intermarried across tribal lines and cannot certainly say what their tribal identity is. They may speak several languages, some of which are not their own tribal languages, and they do this just to be able to communicate­ with their neighbours. My family is a good example. My mother is a Yao by tribe, and is married to a Lhomwe, but neither she nor my father speak their tribal languages well. My siblings and I were raised speaking chiChewa, a tribal language of the Chewa peoples. My mother is aware that in other parts of Malawi, and in other countries in southern Africa, inter-tribal relations are not this cordial. She has there-fore often wondered about the power of the gospel to help tribal and ethnic rivals to reconcile. One day she asked me if I thought we needed to look to theology to find help to stop inter-tribal violence.

In my parents’ church and in the wider region of southern Malawi, Christians from the various tribes worship together several times a week. Worship in the congregations where my parents live happens in a mixture of languages. It is common for people to sing Lhomwe and Yao songs in worship, say their intercession in chiSena or chiTumbuka, and then listen to a sermon in chiChewa. When they sing Yao songs, the accompanying musical instruments and their body movements will mimic Yao music and dance – manganje worship is the best. This is normal – Lhomwe, Sena, Tonga, Nkhonde worship will also be shaped by their cultures. On any Sunday, in one service, people will experience some combination of these cultural expressions of Christianity.

My mother reflected on this beautiful reality for a while. It was one of those things that is there in front of your eyes, but you don’t see it until you are looking. Suddenly, it hit her. She exclaimed, ‘That is the point of the Church, and of Christianity­. I can assure you, there is no other platform in our area where people get to enjoy the best of other cultures as we do in our ­worship. This only ­happens in church.’ When I pressed her to explain how it all works, she said, ‘It is like a jigsaw puzzle. You only see the full image once all the pieces are in place.’ My six-year-old daughter then joined in the conversation: ‘I think you mean a mosaic, Grandma.’ My mother replied, ‘The kingdom of God is like a mosaic. The beauty comes out of each piece being in its right place and contributing its colours – and all the pieces, in their magnificent colours, are needed for the mosaic to be a mosaic.’

This was her concern – the full beauty of the kingdom of God can only be seen when the pieces line up. I realized that this is a very important conversation for Christians in the West to take on board. Our segregated Christianity is an anomaly and it is my sincere hope that we will not export it to the rest of the world like we have other aspects of our Christianity in the past.

Dr Harvey C. Kwiyani is lecturer in African Christianity and Theology at Liverpool Hope University. Originally from Malawi, he has lived in Europe and North America for many years, working both as an academic (teaching theology, missions and leadership), and also as a mission practitioner and church planter.

Multicultural Kingdom: Ethnic Diversity, Mission and the Church is available to order at a special launch discount from our website. Click here to find out more.