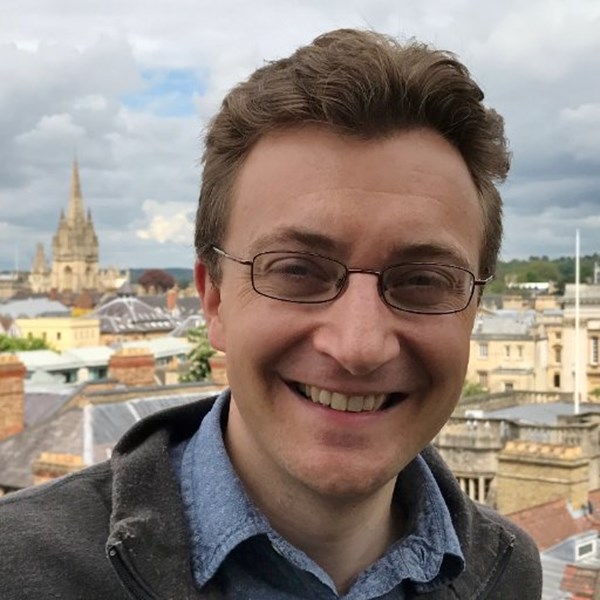 Former BBC correspondent Christopher Landau, on why he wrote A Theology of Disagreement

I have a nagging fear: that Christians have stopped noticing the damage caused by the ways we ordinarily disagree in public.

During my years as a BBC journalist, latterly as religious affairs correspondent for the World Service, it was my professional duty to invite those with opposing views onto the airwaves.

But as the years went by, I felt an increasing sense of disappointment that Christians, for whom mutual love was supposedly a defining characteristic, were so relaxed about hating each other in public.

Social media now presents a new set of challenges. The way in which many Christians routinely engage would seem to suggest that Jesus never proposed that his followers should love their enemies, let alone their neighbour.

Perhaps the biggest problems for any movement are the ones we’ve stopped noticing; the ones which represent a clear departure from our founding narrative, but in which pretty much everyone has become complicit.

An intriguing parallel can be drawn with the history of the Labour Party in the late 1990s, epitomised by a comment made by Peter Mandelson, then Secretary of State for Trade and Industry, on a visit to California’s ‘Silicon Valley’.

He told a group of computer executives that he was ‘intensely relaxed about people getting filthy rich – as long as they pay their taxes’.

That short phrase, ‘intensely relaxed’, long haunted Mr, now Lord, Mandelson, for it seemed to encapsulate the way in which Britain’s socialist political party had strayed far from its founding narrative in government. The pursuit of power had, some felt, meant a moral compromise too far in relation to attitudes towards the accumulation of personal wealth. Whatever one’s political affiliations, it is clear that there is nothing particularly resonant with socialism in the words of a politician who is ‘intensely relaxed about people getting filthy rich’.

My concern is that the church has also become ‘intensely relaxed’ – and also about an issue which has foundational significance. In our case, the problem is a willingness to abandon attempts to sustain the love by which, as Jesus tells his followers in John’s gospel, others ‘will know that you are my disciples.’

After all, even the most casual contemporary observer of Christianity must recognise that this notion of Christian community being identifiable through the mutual love of its members – exactly Jesus’ assertion in John 13.35 – is difficult to reconcile with the schismatic reality of current ecclesial life, dominated in the public sphere by divisive debates on matters such as gender or sexuality.

More challenging is the realisation that the object of scorn or derision online is often a fellow sister or brother in Christ. But this fact apparently seems irrelevant when these are people who worship the wrong way, read the wrong authors, or champion the wrong causes.

In his first public words having been appointed as Archbishop of Canterbury in 2012, reflecting on the Church of England’s damaging divisions over the ordination of women to the episcopate, Justin Welby said that he wanted the church to be ‘a place where we can disagree in love’.  That is no small ambition. The scale of strained relationships among the world’s Christians might easily lead us to infer that ‘love your neighbour’ no longer applies within the church – particularly if that neighbour is a fellow Christian with whom you disagree, and you have the opportunity to do so in public.

The central contention of A Theology of Disagreement is that the church is yet to find a coherent theological and ethical framework that might enable it to face its inevitable disagreements in a way that is reflective of the love that it claims to have at its very foundations.

Peter Mandelson has been in the news again recently, with his former Hartlepool constituency electing its first Conservative MP. He subsequently reminded listeners to BBC Radio 4’s Today programme of the Labour party’s record at the last eleven general elections:

Labour is having to grapple with whether it pursued power at any cost, and is now paying the price as northern ‘red wall’ seats turn away from the party.

There is no doubt that established denominations in the UK must ask searching questions about why church attendance is in a seemingly relentless nosedive.

But might an unexpected answer to this question lie in Jesus’ own championing of unity as a precious gift among his followers?

Whatever the Labour party’s challenges, the Christian call is not to become attractive at any cost in pursuit of earthly power, but rather to build the kingdom through our words as well as our actions.

Our disagreements are often damaging, and seldom attractive to those beyond the church. My question is whether we can, together, learn to disagree in ways that are more authentically Christian; thereby fostering the mutual love by which others discover that we are disciples of Jesus.

Revd Dr Christopher Landau is a chaplain to postgraduate students in Oxford. He is a former BBC World Service religious affairs correspondent