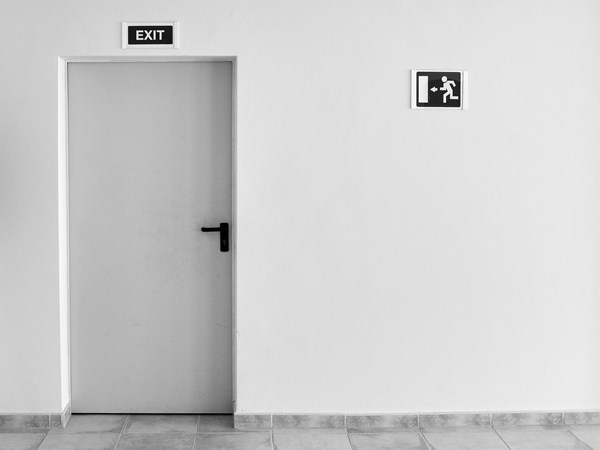 Here is the second of Azariah France-Williams's series for our blog reflecting on race, privilege and whiteness in the church. If you missed the first in the series, you can find it here

Now when the Pharisees and some of the scribes who had come from Jerusalem gathered around him, they noticed that some of his disciples were eating with defiled hands, that is, without washing them. (For the Pharisees, and all the Jews, do not eat unless they thoroughly wash their hands, thus observing the tradition of the elders; and they do not eat anything from the market unless they wash it; and there are also many other traditions that they observe, the washing of cups, pots, and bronze kettles.) So the Pharisees and the scribes asked him, “Why do your disciples not live according to the tradition of the elders, but eat with defiled hands?” He said to them, “Isaiah prophesied rightly about you hypocrites, as it is written,

‘This people honors me with their lips,
but their hearts are far from me;

Sunday September 8th was Ability Sunday. Churches were encouraged to learn with and from the differently abled amongst us. Some years ago I spent a half day at a L’Arche community in South London, where able bodied and disabled live as equals, in friendship. I was challenged to my core, having come from a church culture of miracles, healing was equated more with recovery,  than wholeness, I struggled to accept what I perceived as weakness. I recoiled, and ironically I couldn’t envisage Almighty God associated with what I saw as a broken body. Those with disabilities were outside of my frame of reference. If through a miracle they could become like me, we could dance together but until then we were not part of one another. They were of a different world of which I was not a part, and could not play a part.

I have wondered if my response to those with a form of visible or invisible disability in some way shares parallels with the attitude of those who subscribe to the ideology of whiteness as it pertains to people of colour. Critical whiteness studies is a field of enquiry which investigates the associated advantages which come with being identified as white, whether or not one consciously considers ones ethnicity.

In fact if you don’t ever think about your ethnicity that is a primary indicator that you are probably white, where much of the world is designed by you and for you. Now it is not a universal certainty as queer whites and poor whites can be excluded from the social contract of whiteness. But nevertheless the definition stands. Whiteness can carry  the conscious or unconscious conviction that being white carries a superior perspective and position within the world.

That leaves people of colour as wholly other and thought of as lesser, or not thought of at all. Not just the angry skinheads in Doc Martin's with terrifying dogs straining at the leash. Perhaps it is the suspicion of the black young man on your commute. Maybe it is an eyebrow raising if a black boss becomes the CEO of your company. There could be an accompanying concern about her competency for the role. To get personal, perhaps it is your anxiety that your daughter’s black boyfriend from university is getting more serious and not everyone in the family approves of the match.

As a black man I stand out within, and am left out from the world of whiteness. Last week a white friend described a local exclusive posh drinks party. With consternation he recounted the negative attitudes which were shared along with the canopies. Attitudes along the lines of ‘the system works for us, we pay for it, it doesn’t need to include others who can’t afford it or who won’t fit into it.’

He used an odd phrase to my ears. He said: ‘I am breaking rank telling you this.’

Breaking rank with whom and with what?

Over the summer I was on retreat and met by chance a senior white clergy person from my Diocese. A conversation around race and ethnicity emerged over breakfast. He told me of a regular high level meeting he and others have where on occasion there is a black member present.

'We only discuss race when they are there’, he said.

When I enquired as to why, he replied, ‘it is never on the agenda for discussion, and with the other white people we never discuss the fact of our whiteness together.’

He went on to describe how his black colleague was taken here and there to discuss blackness and how time consuming that was and that it was detracting from their other tasks.

I offered if he was able to talk more about whiteness his colleague wouldn’t need to speak about blackness so often, and at such a high cost in time, emotion and energy. He seemed genuinely surprised, as if he had never considered that he is not a passive observer but is connected to his colleague. Furthermore his colleagues overactivity on the topic of race, is directly related to his inactivity on the topic. Did he assume that he and his black colleague were of a different worlds of which he was not a part, and could not play a part? Could it be he sees them as wholly other possibly thought of as lesser, or not thought of at all?

Amongst the many things Mark 7 describes, is a religious gloss over the pernicious and exclusive status quo. It introduces a false separation between us and them, it shows a severing of relationships, a recoil and disgust towards those who are part of God and part of the human family and should be treated as such.

The ‘tradition of the elders’ was the description of the extra biblical schools of thought of how to practice the principles found in the law. They were intended to guide, interpret and preserve the ethical and ethnic sense of national identity. Can we consider the English version of the Tradition of the Elders? The  spoken and unspoken rules of whiteness and elite English culture which demands obedience, but offers advantages?

Hand-washing was a method of purification when you entered a home or the temple using special large jars filled with water, and at least on one occasion wine. It was a ritual to demonstrate if you were part of the in crowd.

I must admit I have had my own food defilement problems. Some years ago when I was studying my first degree in theology, I joined the bible college's evangelistic drama group, proudly called a 'Theatre Company'. It was a drama group. During a visit to Stuttgart we were hosted by church families. We arrived quite late at the home of an eccentric couple and were informed they had been married 6 months earlier. Before we knew it they were playing us their 90 minute video of their happy day. It wasn’t a happy moment for us watching.

Once we were having lunch with them and there were a selection of meats on the table. I chose what looked to be the most innocuous specimen. I cut it off, and cut it out, then placed it on my bread lifting it to my mouth when they declared ‘ah good choice, that was meat we saved from our wedding, we’ve been keeping it in the fridge!’ Panic shot through me. I removed it from my mouth laughingly saying ‘oh really?’.  I surreptitiously bundled it into a napkin, headed for the bathroom, and was horrified it took several flushes until the meat finally disappeared.

What was that visceral instinct? Psychologists describe it as disgust. Babies don’t have disgust and so will place anything, from anywhere, in their mouths. Then disgust develops to enable them to discriminate between what is good and what is bad to ingest. This extends to  institutions for whom  the question becomes who is in, and who is out?

In Mark, Jesus has already had a number of run-ins with the elite traditionalists. Imagine a minibus full of inspectors, serious men in dark suits with clipboards, rattling down from Jerusalem HQ to test Jesus and his followers. We are told they gather round him. I imagine, clipboards in hand, imposing a type of quarantine, cutting him off, and cutting him out. How do we cut Jesus off and cut Jesus out of our lives? How do we seek to contain him? If we do it to the least of these...

The Scribes and Pharisees can’t fault Jesus, so they judge him by his spiritual descendants, the disciples. As these noisy, grubby-handed, teenagers wipe the snot from their noses, and gleefully tuck into their fish wraps, the Pharisees and scribes feel that visceral disgust, the type I felt in Stuttgart. They claim the disciples are not following the traditions of the elders.

They judge him by his descendants, and then he in turn judges them by one of their ancestors.

He quotes Isaiah and calls them hypocrites, which by that stage meant 'actor'. They were playing a role. They were trapped in a script. And in turn they were entrapping others. The ideology of whiteness in Britain has a grandiose sense of the aggressive Empire, followed by the fair but firm commonwealth. Now with Brexit the imperial aspirations and sense of superiority are being reintroduced to the debate.

There is an old hidden script of slaves and slave masters, of industrial revolutions fuelled by the blood of men, women, and children on hot islands dotted across the Atlantic.

Race and class are often conjoined twins. Those of us with working class blackgrounds, fail the traditions of the English elders from birth and are seen to delegitimise and bring into disrepute the Jesus we follow. A black priest friend of mine tells the story of how a white member of his congregation wouldn’t receive the bread and the wine from him because his black hands had touched it. My friend triggered the disgus reflex in this person who’s whiteness tradition made my friends hands defiled. This white congregant sought to cut off and cut out my friend who was  ‘the other’ but lost out on receiving Jesus.

We need white people to break with and then break the ‘traditions of the elders’ which exclude and expel difference. There is a tradition of people who are the spiritual ancestors of the current Church of England: Trevor Huddleston, Diana and John Collins - who through their identification with the struggles of black people in South Africa and the Southern states of America were transformed and given eyes and ears to see and hear the problems in the UK context.

That random German couple we stayed with were the church oddballs. Other church members would try not to snigger when they heard we were staying with them. They’d been bundled in a napkin and flushed away.

We grew to respect them and our acceptance prompted some of the church ‘Pharisees and Scribes’ to put down their clipboards and embrace and honour their brother and their sister.

Can those of us who are white and acknowledge the recoil reflex, put down our clipboards and embrace all as Christ embraces us? Can we come to the kingdom like a child whose disgust mechanism is undeveloped and taste and see that the Lord is good even in the places  and people we deem bad and unsavoury, like matured raw meat?

When we next partake of the bread and the wine may the desire for clean hearts, exceed the need for clean hands.

Azariah-France Williams is an Associate Priest based in Teddington, South-West London and a visiting scholar at Sarum College, Salisbury. His book, which focuses on black leadership in white historic churches, will be published by SCM Press next year.