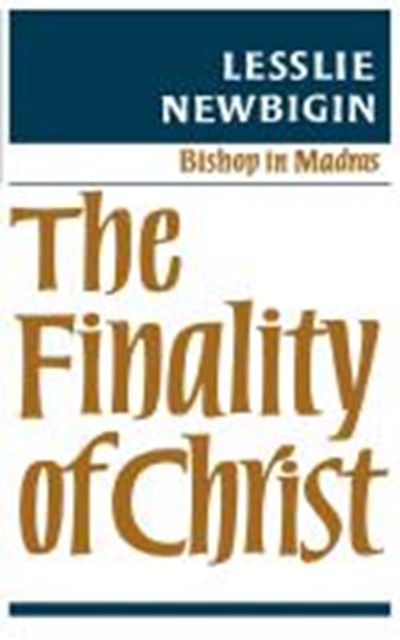 Join now Find out more
Publisher: SCM Press
ISBN: 9780334004820
Number of Pages: 122
Published: 30/04/2012
Width: 12.7 cm
Height: 20.3 cm
Description Author Information Reviews
The Christian Church uses the language of uniqueness and finality to talk about Jesus Christ. But confronted with the witness of holy men from other traditions and the wide sweep of non-Christian history, Christians are being forced more than ever before to ask what this kind of language means. How can it be said that Jesus is a final revelation? What is it about him which gives him his distinctive place? Nowhere are these questions more pressing than in the Far East, where there are religions which go back far beyond the origins of Christianity. As Bishop in Madras, Lesslie Newbigin is compelled to think through the Christian claim in a peculiarly thorough way. Taking further the arguments which he developed in Honest Religion for Secular Man, he sets out the idea of the finality of Christ in terms which he hopes will be more meaningful for the present day.