In Search of Deity

An Essay in Dialectical Theism 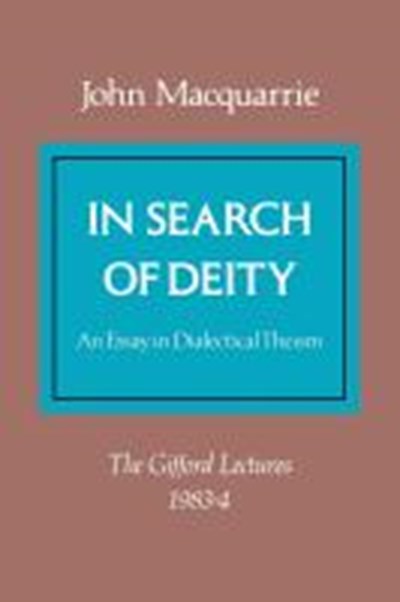 In Search of Deity

An Essay in Dialectical Theism

Join now Find out more
Publisher: SCM Press
ISBN: 9780334006664
Number of Pages: 288
Published: 02/08/2012
Width: 15.2 cm
Height: 22.9 cm
Description Author Information Reviews
The classical defence of, and arguments for, belief in God have not proved completely satisfactory, particularly in the perspective of modern times, and in the Gifford Lectures for 1983-4, given at the University of St Andrews, Professor Macquarrie puts forward an alternative. He calls his approach 'dialectical theism': dialectical, to indicate that he seeks to avoid the onesidedness of classical theism, and theism (as opposed to pantheism or panentheism) to show that he is still concerned to arrive at a satisfying conception of God. After indicating some of the weaknesses of classical theism, and outlining other approaches which have been put forward, Dr Macquarrie discusses a long series of thinkers who, he argues, represent an alternative tradition: Plotinus, Dionysius the Areopagite, Johannes Scotus Eriugena, Nicholas of Cusa, Leibniz, Hegel, Whitehead and Heidegger. In the last section of his book, against this background he develops his dialectical concept of God, re-examines the proofs for the existence of God and shows how dialectical theism has a bearing on spirituality, ethics, theology and world religions.