A Polemical Survey of the New Testament 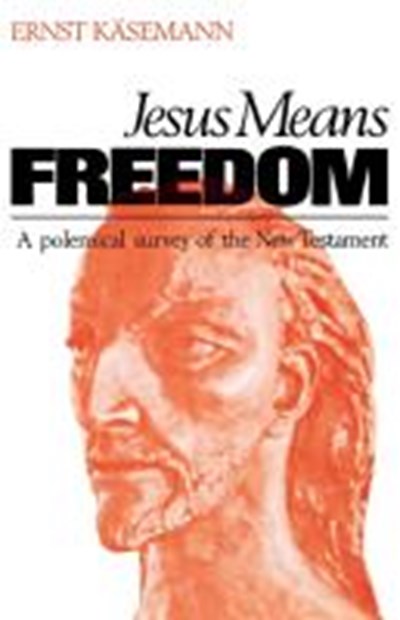 A Polemical Survey of the New Testament

Join now Find out more
Publisher: SCM Press
ISBN: 9780334007753
Number of Pages: 160
Published: 08/04/2015
Width: 13.5 cm
Height: 21.6 cm
Description Author Information Reviews
This is a book which grew out of the white-hot anger of a man who saw freedom of thought within the church, reason and common sense, and above all the effectiveness of the church in its influence on society endangered by the reactionary pressures of a movement which thrived on superficial slogans and emotionalism. Ernst Kasemann, an active member of the Confessing Church during the Second World War, a New Testament scholar of great distinction, and a noted pastor, was himself the subject of personal attacks in his native Germany. In defence of himself and his beliefs he wrote a small book. It sold out with a speed second only to Honest to God. A new revised edition was published. That too sold out quickly. The third edition, from which this translation has been made, soon followed, again with additional material. The precise details of the controversy have by this time faded, and they are barely touched on in this book. 'I have written myself out of my original anger,' the author remarks. What remains is something more lasting. Here, oat of a concrete situation in the mid-twentieth century, has grown a theology of the New Testament in miniature, reminding Christians that it was as rebels, not as reactionaries, that Christians followed their leader, and that on almost every page of the New Testament there is a very real call to freedom.