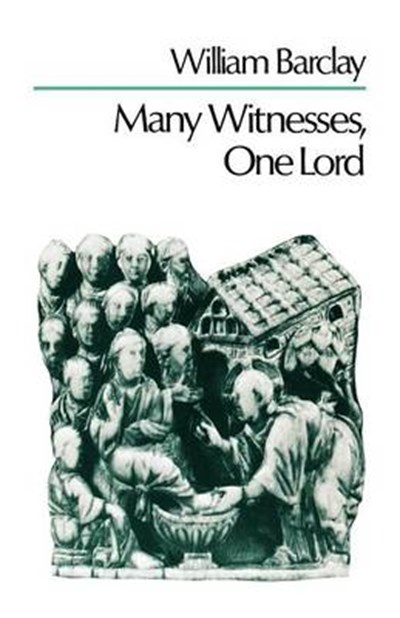 Join now Find out more
Publisher: SCM Press
ISBN: 9780334009665
Published: 01/11/1978
Description Author Information Reviews
Many Witnesses, One Lord is amazingly fresh on a dangerously familiar theme. Dr Barclay gives us, in effect, a miniature introduction to the New Testament, emphasizing the diversity of its witness, with separate chapters on Hebrews, James, I Peter, x John, 2 Peter and Jude, and Revelation as well as on the Synoptics, John and Paul. His skill as a teacher may be sampled by his exposition of the Descent into Hell and of the difference between prophecy and apocalyptic. There is mercifully no preaching in this excellent little book, but it is full of material for sermons and an extensive bibliography increases its usefulness' (View Review). When Dr Barclay died in January 1978, Denis Duncan wrote in the British Weekly: 'The world does not often throw up a man of such immense industry, talent, knowledge, humanity, and faith His output in terms of the written word is a modern phenomenon that, in the realm of religious writing, may never be equalled. That his writing skills should be paralleled by his preaching, teaching and lecturing skills is amazing. That his immense knowledge of theology and languages should actually reach the 'plain man' in the language of the people, combining the twin qualities of simplicity and profundity is, by any standards, a modern miracle.'