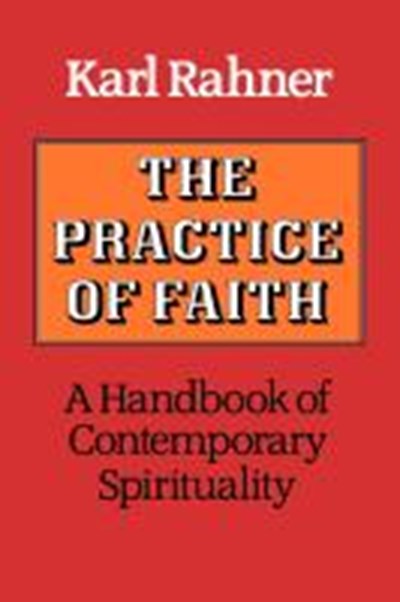 Join now Find out more
Publisher: SCM Press
ISBN: 9780334022671
Number of Pages: 306
Published: 01/05/2012
Width: 14 cm
Height: 21.6 cm
Description Author Information Reviews
Karl Rahner was not only one of the architects of modern Roman Catholic theology but also a master of the spiritual life - a pastor among pastors as well as a theologian among theologians. His writings on spirituality and pastoral matters nearly equal the number of his strictly theological ones. This volume is in one sense the spiritual and pastoral counterpart of Rahner's theological masterpiece, Foundations of-Christian Faith, and is a distillation of his thought on spirituality which is likely to prove more accessible to readers than the forbidding volumes of Theological Explorations. Divided into three parts, Faith, Hope and Love, it deals with the sacraments, the theological virtues, the states of life, the various kinds of prayer and religious devotion, and other aspects of ascetical and mystical theology. There are contemporary themes as well: basic Christian community, worshipping communities in the home and a new asceticism for the consumer society. Last but not least there are the themes relating to basic human experience: courage, suffering, death and peace. Karl Ramer, who died in 1984, taught at the universities of Innsbruck, Munich and Munster. He was one of the greatest twentieth-century Roman Catholic theologians.