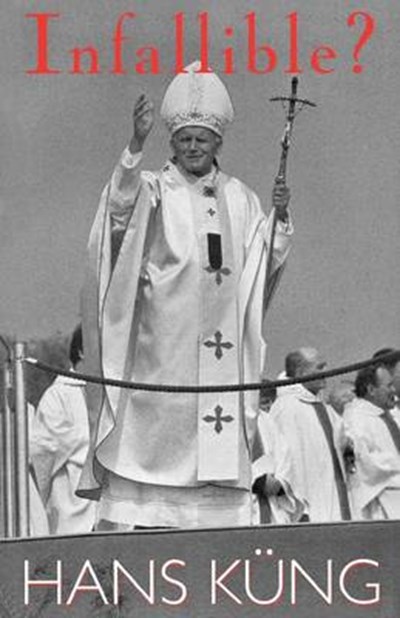 Join now Find out more
Publisher: SCM Press
ISBN: 9780334025498
Published: 01/01/1994
Description Author Information Reviews
When it first appeared, in Germany i 1970 and in Britain in 1971, this books sparked off the greatest theological debate since the Second Vatican Council and finally caused the author to lose his licence from the church to teach. However, the question is still far from being settled: on the contrary, events of recent times from Pope John Paul II's nomination of bishops and statements on birth control to the publication of a world catechism and 'Veritatis Splendor' show that it has become an even ore urgent one. Long unavailable, 'Infallible?' now reappears with a new preface by Gerbert Gaaf and a survey of the discussion.

Hans Küng is a Swiss Catholic priest, theologian, and author. Since 1995 he has been President of the Foundation for a Global Ethic. He is notable for his rejection of the doctrine of papal infallibility