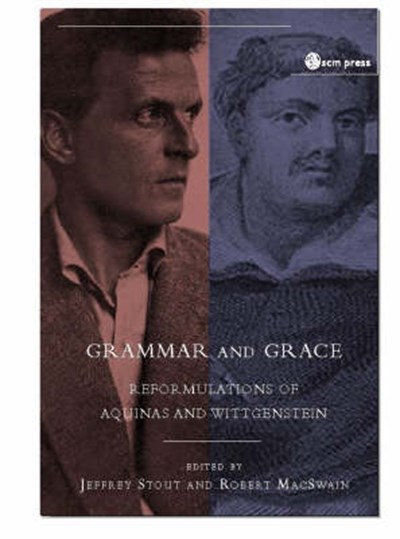 Join now Find out more
Publisher: SCM Press
ISBN: 9780334029236
Published: 01/03/2004
Description Author Information Reviews
This is a collection of essays on Aquinas and Wittgenstein. It is inspired by, and dedicated to the memory of Victor Preller, whose interpretations of these figures helped to prepare the ground for recent discussions of religious language, knowledge of God, the role of grace in human life, and the ethical significance of virtue. This book's main purpose is to advance our understanding of the issues on which texts like "Summa Theologiae" and the "Philosophical Investigations" have a bearing.

"The work will be of interest to scholars of Aquinas, Wittgenstein and Preller, as well as students of moral theology and philosophy in general." Tracey Rowland, John Paul II Institute (Melbourne), REVIEWS IN RELIGION AND THEOLOGY, April 2005.

"What unites this collection is the deep grounding of the authors in both thinkers, allowing them to speak in an idiom that is coherent and compelling, simply because it is the language of the world in which we now dwell, a world that cannot be accessed without the vocabulary of both Aquinas and Wittgenstein. (...)This unique volume gives voice to a new generation of interpretation for both Aquinas and Wittgenstein. In drawing deeply from both thinkers, these writers offer us a more Catholic Wittgenstein, by which I mean a more deeply humane thinker who ponders an humanity apt for grace. They also give us an Aquinas who still speaks trenchantly to our concerns." Terrance Klein, St John's University, Staten Island, New York, The Thomist, 69, 3, July, 2005.