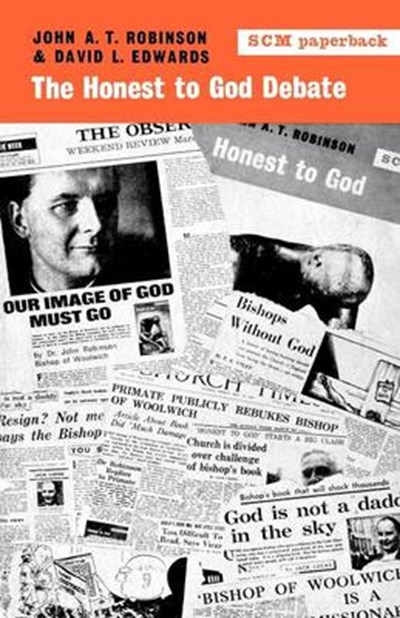 Join now Find out more
Publisher: SCM Press
ISBN: 9780334049203
Published: 19/12/2012
Description Author Information Reviews
THE 1963 paperback Honest to God by Dr John Robinson, Bishop of Woolwich, has caused an immense discussion by its call for a revolution in Christianity. It has sold more quickly than any other new book of serious theology ever published. In this book David Edwards, the Editor of the Student Christian Movement Press, writes about the debate and its background. Fenton Morley gives his view of reactions to the book in the Church of England. A most unusual chapter consists of fifty letters which readers wrote to the Bishop, rebuking him, saying why they supported him, or telling him about their experiences. The 23 most significant reviews follow -gathered from a great newspaper or a Roman Catholic theological journal, from an agnostic or a famous religious thinker, from Britain, Germany, Australia and America. Three fresh chapters are contributed by John Macquarrie of New York, David Jenkins of Oxford and Daniel Jenkins of the University of Sussex, and Alasdair MacIntyre's article assessing contemporary theologians as fundamentally atheists is reprinted. Finally the Bishop clarifies his position in the light of this free and frank discussion. Here is a passionate debate, concerned with the deepest subjects which can challenge the human mind. The reader is left to judge where the truth for him lies.