Monologion, Proslogion, Dialogue with Gaunilo and A Meditation on Human Redemption 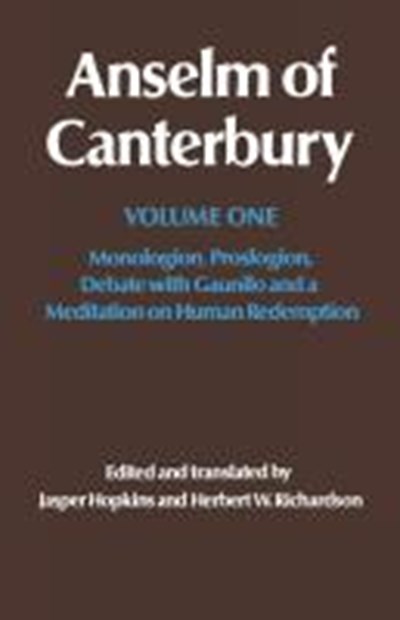 Monologion, Proslogion, Dialogue with Gaunilo and A Meditation on Human Redemption

Join now Find out more
Publisher: SCM Press
ISBN: 9780334051978
Number of Pages: 174
Published: 07/11/2013
Width: 13.5 cm
Height: 21.6 cm
Description Author Information Reviews
Students of Anselm labour under considerable disadvantages. There is no one book which gathers together the 1 major texts in English, and some of the existing translations of Anselm's works are either in clumsy English, predate the modern critical edition of the Latin texts or even contain serious errors which distort the argument. For some time a modern critical edition which collects together all the treatises of Anselm has been badly needed. The present volume is planned as the first of a series of three which will make available translations of the complete treatises of Anselm. The text is based on modern critical editions of the original Latin and is in clear and intelligible English with a short preface and explanatory footnotes. It will be welcomed by teachers and students engaged in studying the works of one of the greatest of medieval theologians.